Ferrari celebrated its 70th anniversary at the Goodwood Festival of Speed with 70 historic, iconic and championship-winning Ferrari cars thrilling crowds with a special parade of cars tackling the famed hill climb circuit, before coming together on the Lawn of Goodwood House to create a unique and spectacular ‘Ferrari Moment.’ 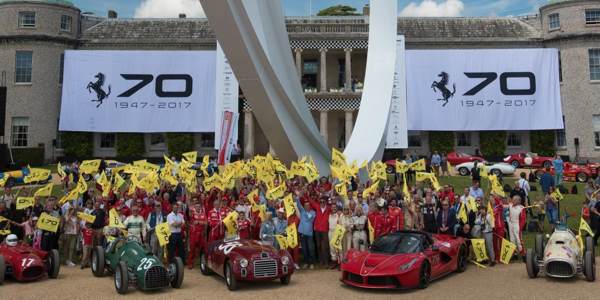 The parade was led by the first car to wear the Ferrari badge, the 1947 Ferrari 125 S, and Maranello’s latest model, the very limited edition LaFerrari Aperta, which is the star of the company’s anniversary celebrations. Multiple championship-winning single seaters and endurance racers from the Scuderia Ferrari’s illustrious racing history joined the two iconic cars to create an incredible display at the very heart of the Festival of Speed. 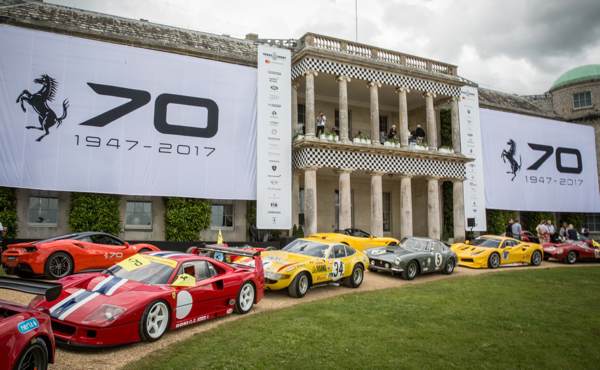 After its starring role at the Festival of Speed, the LaFerrari Aperta will be travelling around the Official Ferrari Dealer Network throughout July and into August, where fans will be able to see this exclusive car as part of an exciting display of Ferrari cars, which will showcase the incredible heritage, design and racing history of 70 years of the brand. 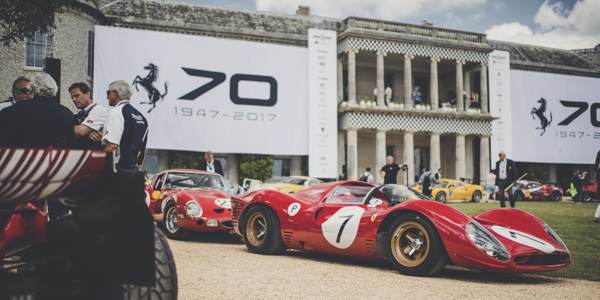 Ferrari Fans are encouraged to share their images of the parades and car displays by using the following social media tags for a chance of their images being included in a collage of Ferrari 70th Anniversary images at the end of the year: