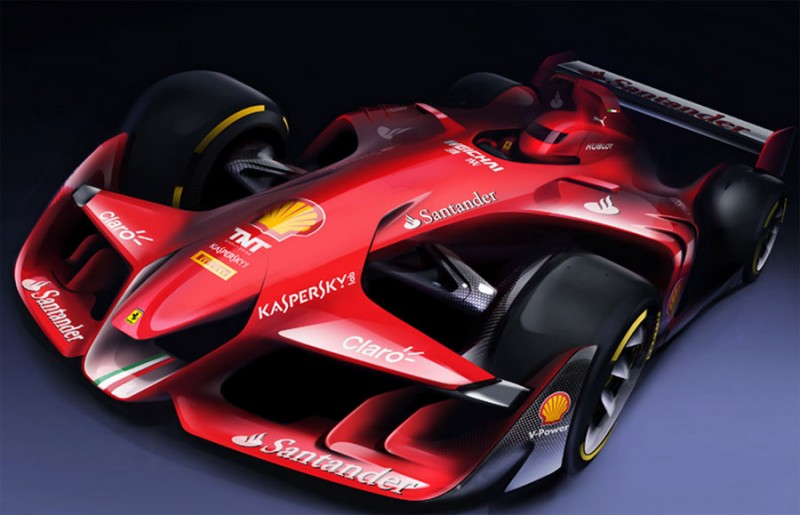 With all of the controversy surrounding the current engine formula, many have been calling for power-train reform. Crowds of fans are not only dissatisfied with the smaller engines and their lack of “noise,” but many have also become disillusioned with the Mercedes dominance of the gird since the introduction of the new formula. Ferrari seems to be leading the charge towards reform. To prove it, they’ve not only been making bold statements, but they’ve also taken it upon themselves to release a few renderings of what the future of the sport could look like.

Not long ago, Ferrari Boss Maurizio Arrivabene  called for a “revolution” in engine design. Echoing Bernie Ecclestone’s calls for Formula 1 cars to push 1,000 horsepower, the Prancing Horse also is in favor of a new engine formula. In various interviews with motorsports media outlets, The Italian team has propounded the idea of a 2.2 liter bi-turbo V8. Naturally, Bernie has supported this idea as well. The topic of new engine designs was broached at the meeting of the Formula 1 Strategy Group last week in Paris. However, since the contents of this meeting remain under a closed transcript, we don’t know how the idea was received.

The Formula One Commission is meeting in Geneva today, and perhaps the topic of engine change will be brought up. Any plan to change the power-train formula would come in 2017 or later. Ferrari’s rendering, shown above and below, includes a design of a proposed chassis for a new engine. The design looks revolutionary by any stretch of judgement. Ferrari commented on the change via their website,

“Would it be possible to come up with an F1 car which not only is technologically advanced, but also captivating to the eye and aggressive-looking?”

“And could this be made without having to overturn the current technical rules? At Ferrari, we believe so.

“Minimal changes give the car a look that is way different from what have been familiar with so far. Our challenge was to create something that was – to put it short – better looking. “ 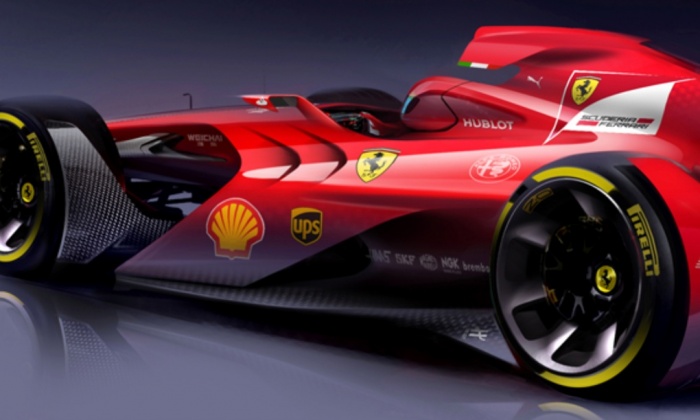