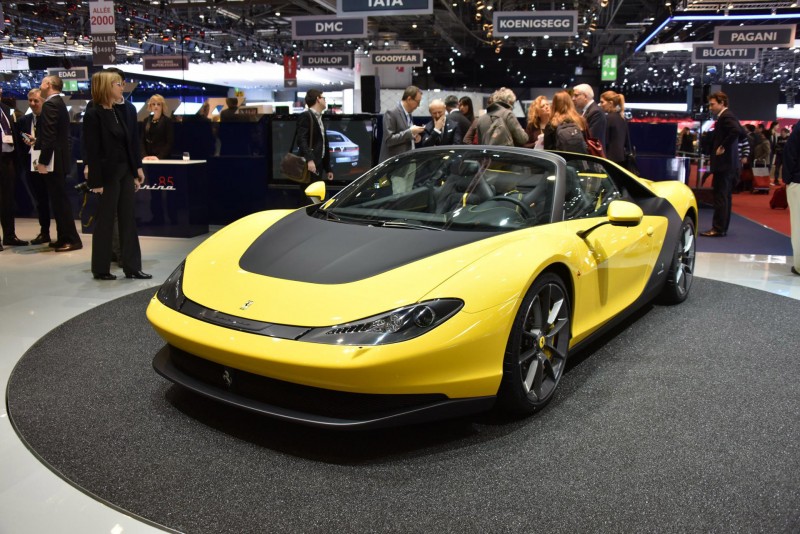 After the death of Sergio Paninfarina in 2012, the Italian coach-builder and design house felt compelled to commemorate his death with a special edition car meant to celebrate the heritage of the company and its departed patriarch. What arose was the Paninfarina Sergio which was, in truth, a reworked Ferrari 458.

The Sergio concept debuted at the Geneva Motor Show in 2013 and was immediately popular- so much so, in fact, that Ferrari decided to take on the design and collaborate with Paninfarina to produce a very limited production run of six models.

The car is entirely devoid of a roof, thus shedding around 330 lbs. and ostensibly performs better on the track than its hard-top cousin. The car, now entitled the Ferrari Sergio, accelerates to 60 mph in around 3.2 seconds, making use of the same naturally aspirated 4.2 liter V8 as its cousin, to produce around 562 horsepower.

Each of the six examples will go to specially privileged Ferrari buyers and will come in a unique color with each sporting unique interior tweaks to sate the wishes of each buyer. The first specimen was built in red, and the second, shown here, is a brilliant yellow that debuted at the Geneva Motor Show this week. 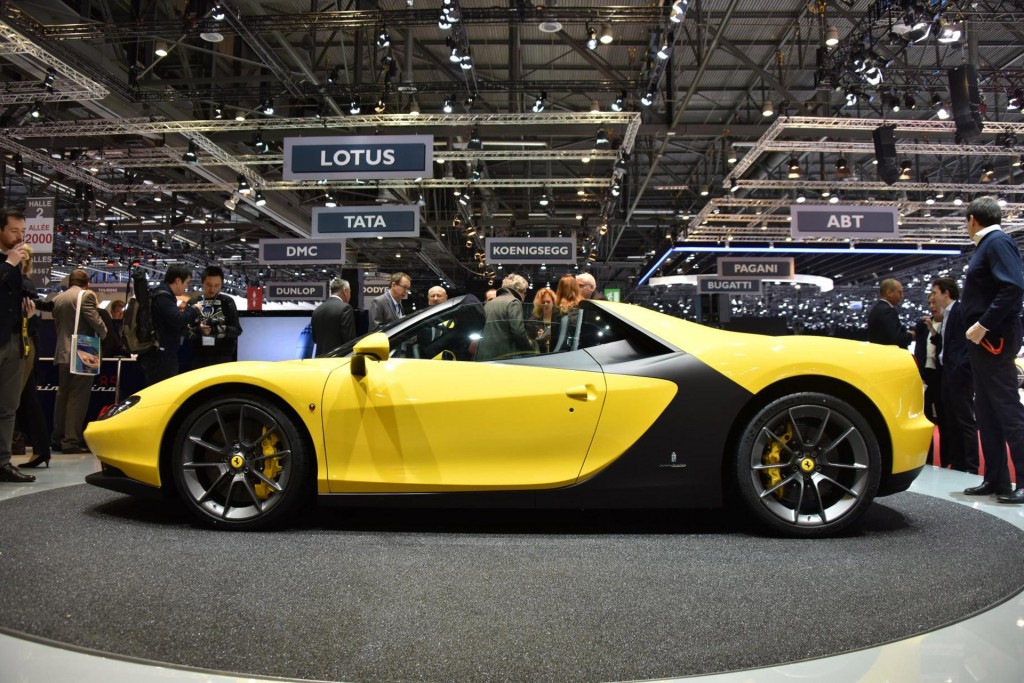