Breaking news out of Italy. Luca Cordero di Montezemolo will step down as chairman of Ferrari effective on October 13, and will be replaced by Fiat Chrysler CEO Sergio Marchionne, according to a statement from Fiat.

Escalating clashes between Montezemolo, 67, and Marchionne over strategy and the role of Ferrari within the Fiat group, which owns 90 percent of Ferrari, led to Montezemolo stepping down. Montezemolo wanted to maintain Ferrari’s autonomous status and limit sales to about 7,000 cars a year to preserve the brand’s exclusive allure. However, Marchionne had his own goal of having Ferrari bolster a shift by Fiat into upscale cars as part of its merger with Chrysler Group. 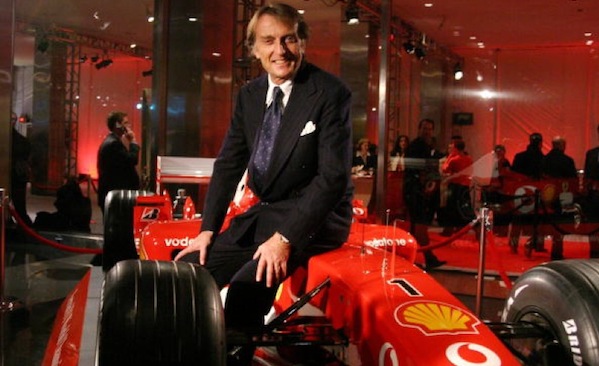 Aside from the future outlook of Ferrari within the Fiat-Chrysler mix, was a disappointing season by the Ferrari Formula One team. While Ferrari is healthy economically, the F1 team has struggled in recent years and was a long way off the leaders at last weekend’s home Italian Grand Prix, where there was a public spat over the team’s performance.

Marchionne said that he and Montezemolo had discussed the future of Ferrari at length and that “our mutual desire to see Ferrari achieve its true potential on the [Formula One] track has led to misunderstandings, which became clearly visible over the last weekend.”

Ferrari is a key component of Marchionne’s plans to expand in luxury cars to better compete with Volkswagen, which owns Lamborghini. The Oct. 13 resignation date for Montezemolo coincides with the day when Fiat plans to list Fiat Chrysler Automobiles (FCA) in New York after completing a merger with its U.S. business and cementing a shift of the Italian group from its home for the past 115 years.

“Ferrari will have an important role to play within the FCA Group in the upcoming flotation on Wall Street. This will open up a new and different phase, which I feel should be spearheaded by the CEO of the Group,” Montezemolo said in a separate statement.

The merger was the culmination of a project launched in 2009, and resulted in the world’s seventh largest auto producer, which could see an output of up to seven million cars per year, according to Marchionne.

Montezemolo served 23 years at the helm of Ferrari, and was also Fiat Group chairman from 2004 to 2010. Montezemolo wasn’t appointed to the new board of the merged entity, Fiat Chrysler Automobiles.

Fiat shares rose 2.6 percent to 7.89 euros by 10:41 GMT today, with the market speculating that Montezemolo’s exit could open the door for a spin-off and listing of Ferrari, a move Marchionne has repeatedly ruled out. Analysts value Ferrari at 4-5 billion euros ($5.17 billion to $6.47 billion).