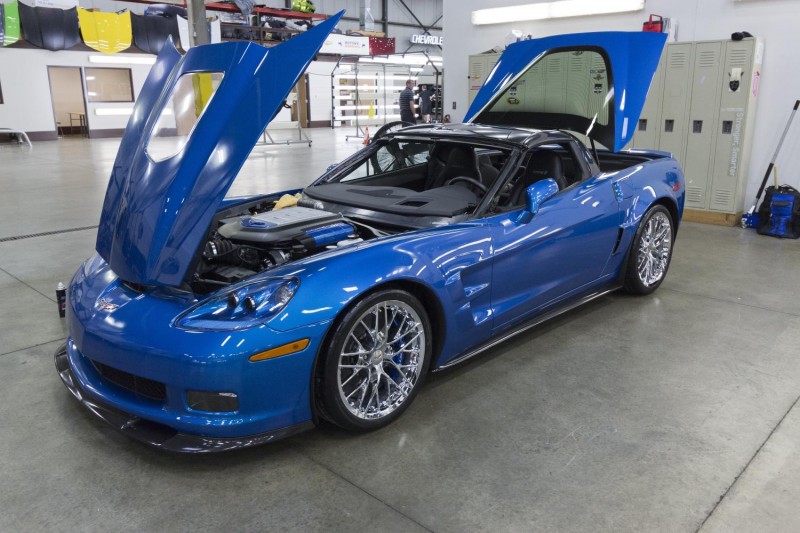 Chevrolet has unveiled the restored 2009 Corvette ZR1 that was damaged earlier this year when a sinkhole developed beneath the National Corvette Museum. It’s on display this week at the SEMA Show before heading back to the museum in Bowling Green, Ky.

The ZR1, nicknamed the “Blue Devil,” is the first of the eight cars swallowed by the sinkhole to be restored. One of two show cars used to introduce the all-new Corvette ZR1 in January 2008, the car was on loan from Chevrolet to the National Corvette Museum when the sinkhole developed.

Museum personnel were alerted about motion detectors going off in the Skydome area of the facility on the morning of Wednesday, Feb. 12. They arrived to find a sinkhole measuring about 45 feet wide, 60 feet long and up to 30 feet deep – and it had swallowed eight Corvettes.

Three weeks later, the ZR1 was pulled out of the sinkhole. Despite falling nearly 30 feet, it started and drove out of the Skydome under its own power.

“After that unprecedented event, the ZR1 was the first car to be lifted out of the sinkhole,” said Jim Campbell, U.S. vice president, performance vehicles and motorsports. “It was great to recover it, bring it back to Chevrolet and begin the restoration of this significant Corvette.”

The ZR1 remained on display at the museum until September, when it was returned to Chevrolet for restoration. The damage included:

Six weeks after work began, the restored ZR1 was started for the first time at the General Motors Heritage Center.

Two other cars will be restored next year – the 1-millionth Corvette and a 1962 Corvette – while the other five will remain in their as-recovered state to preserve their historical significance. They will become part of a future display at the museum. 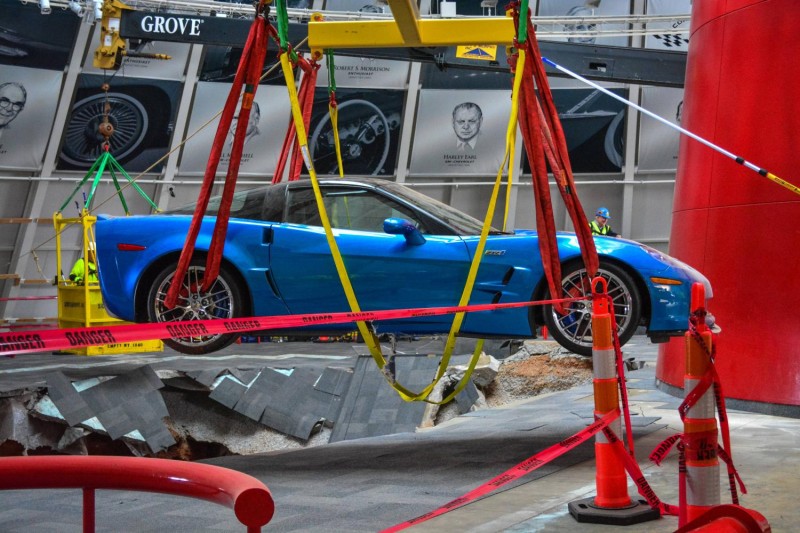