Debuting this week at Daytona, the all-new Audi R8 LMS GT4 will compete in the Continental Tire SportsCar Challenge, driven by the all-female team of Ashley Freiberg (USA) and Gosia Rdest (Poland). The much-anticipated debut of the Audi R8 LMS GT4 fulfills all categories for Audi Sport customer racing – GT3, GT4 and TCR.

Supported by GMG Racing, car owner Daren Jorgensen and the Audi Tire Center, Freiberg and Rdest will join a 27-car field during the four-hour endurance race in the Grand Sport (GS) class. This is the first time an all-female driver team has competed in the GS class and marks the first all-female team to compete in motorsports since the merger of Grand-Am and the American Le Mans Series in 2014. 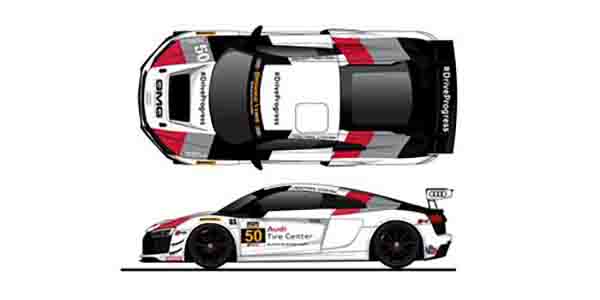 Ashley Freiberg comes to the GT4 with a wealth of experience at Daytona. Freiberg was the first woman to win an overall race at Daytona and in the Continental Tire SportsCar Challenge. Her teammate Gosia Rdest competed in the Audi Sport TT Cup from 2015-2017 and has both TCR and GT4 racing experience. Rdest placed first in the GT4 class at the Dubai 24-hour two weeks ago and will continue the season with Phoenix Racing in the 2018 SRO GT4 European Series.

“Women are few and far between in motorsports, so the opportunity to join an all-women team with Audi is really exciting. My gender doesn’t make a difference when I’m behind the wheel. I still have to do a good job, and drive the car hard; the data and lap times don’t lie,” said Ashley Freiberg. “I think we’ll be a strong team, not because we’re female, but because we’re drivers that are ready to do the job well.”

An all-female lineup under the Audi flag has been in the works since the inception of the Audi Sport customer racing program in 2012, according to Tristan Herbert, senior manager of Motorsport and Customer Racing. “It’s only fitting that we continue this progress at the competition level within customer racing. We chose these drivers because they’re talented, professional and lay down impressive lap times in the front of the field.”

Freiberg and Rdest follow in the footsteps of other Audi women—such as Michèle Mouton, Leena Gade and Rahel Frey—who forged their way in motorsports.

“I feel very privileged and honored to drive progress for women in motorsports. I have always thought that it’s not the gender, but the passion, endurance and hard work that are the mainstay of any winner,” said driver Gosia Rdest.

The first practice will begin at 1 pm on Wednesday, January 24. The 4-hour Continental Tire SportsCar Challenge race starts at 1 pm on Friday, January 26. Visit IMSA.TV to watch live, download the IMSA app, or catch the rebroadcast on Saturday, February 10 on FS1.