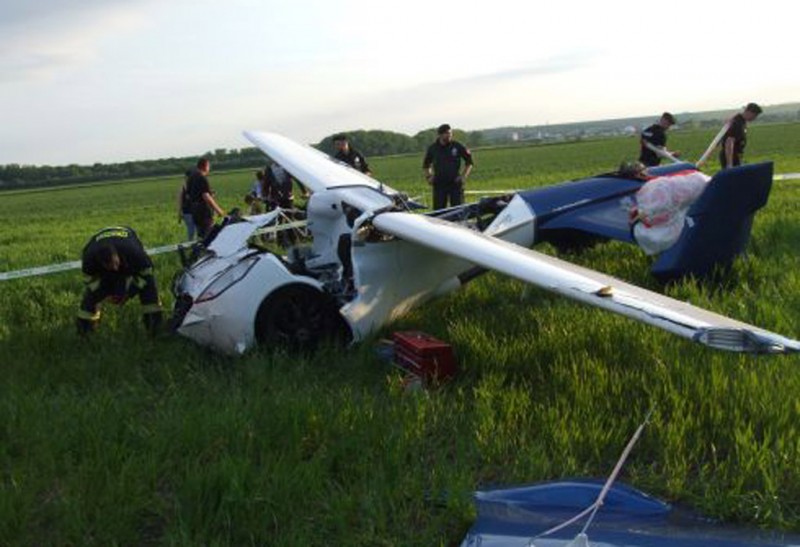 A Slovakian company called Aeromobil set out to do what has been a staple of numerous sci-fi books and films of the last century- build a practical flying car. Unfortunately, their attempts ended in disaster last week when one of their prototypes crashed during a test flight.

Featuring retractable wings and a 912 Rotax engine, the car has a wingspan of 27 feet and can achieve a top speed of 100 miles per hour on the ground or 124  miles per hour in the air. A full tank of gas gets you a range of up to 430 miles.

The craft was undergoing a routine test flight in Europe, being piloted by its chief engineer Stefan Klein, before entering a tailspin and crashing to the ground from a height of approximately 900 feet. Klein was uninjured thanks to the deployment of multiple parachutes to soften the craft’s crash-landing.

Aeromobil has stated that they will use this mishap as a learning experience and that they hope to remain on schedule to have the flying car on the market by 2017. Below is a demonstration video which shows the flying car in better times.