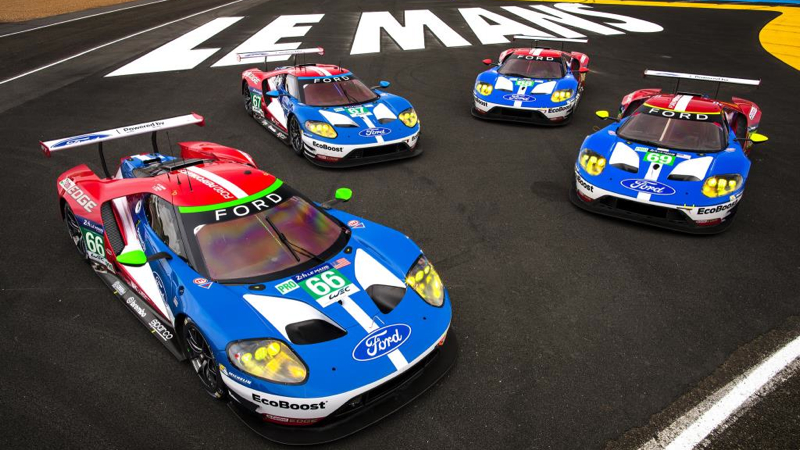 All four Ford GTs in the Ford Chip Ganassi Racing stable will compete at the 2017 Rolex 24 At Daytona in January – the first time all cars have competed for the same prize since last summer’s 24 Hours of Le Mans.

The IMSA WeatherTech SportsCar Championship and FIA World Endurance Championship teams will unite for one goal – winning the coveted top step of the podium of a 24-hour race on American soil.

A full four-car effort in the Rolex 24 is a continuation of the historical trail the current Ford GT team has been following, one that was blazed by the original GT40s of the 1960s. Those earlier cars won the most important endurance racing titles around the world, including the Rolex 24, the 12 Hours of Sebring, and the 24 Hours of Le Mans.

Ford Chip Ganassi Racing may have ticked off one box in that legendary list in the debut year, but there is still work to do.

“It would be easy to just talk about what we’ve already done with this Ford GT but really we’re focused on the future,” said Dave Pericak, global director, Ford Performance. “We didn’t have the strongest race at the Rolex 24 last year but we have a season of learning experiences behind us with this program now and we’re proud that when we come back to Daytona in 2017, we’ll come with all four Ford GTs.” 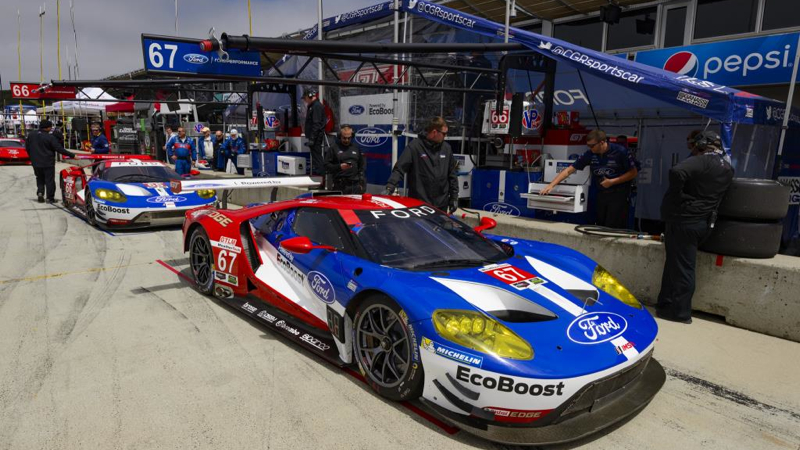 The Ford GT program won six races and started from the front of the grid eight times in 2016, with victories coming at Laguna Seca, Watkins Glen, Mosport, Le Mans, Fuji and Shanghai.

“Even with the success we had last season winning six races, I think we have some unfinished business in Daytona,” said Chip Ganassi, Owner, Ford Chip Ganassi Racing, who with the 2016 Le Mans win became the only team owner in history to win the Indianapolis 500, Daytona 500, Brickyard 400, Rolex 24 At Daytona, 12 Hours of Sebring and the 24 Hours of Le Mans. “The Rolex 24 last year was our first big test to see where we were with the program, and although we didn’t win, I can tell you that we learned a lot. We also learned a lot in Le Mans working with all four cars through the 24 hours. I’m excited we have another opportunity to assemble the full lineup for Daytona. The opportunity to compete with all four cars at the same time, in a race as prestigious as Daytona, is very special.”