The first retail production Shelby GT350R Mustang, the most track-ready road-going production Mustang ever built, will be auctioned off at Barrett-Jackson Scottsdale on Saturday with all benefits going to JDRF.

In 1965, Ford and Carroll Shelby developed a road-racing version of the popular Ford Mustang – the Shelby GT350 Competition model. Lighter, more powerful and with a highly developed suspension, it is one of the most iconic racing Mustangs ever produced. 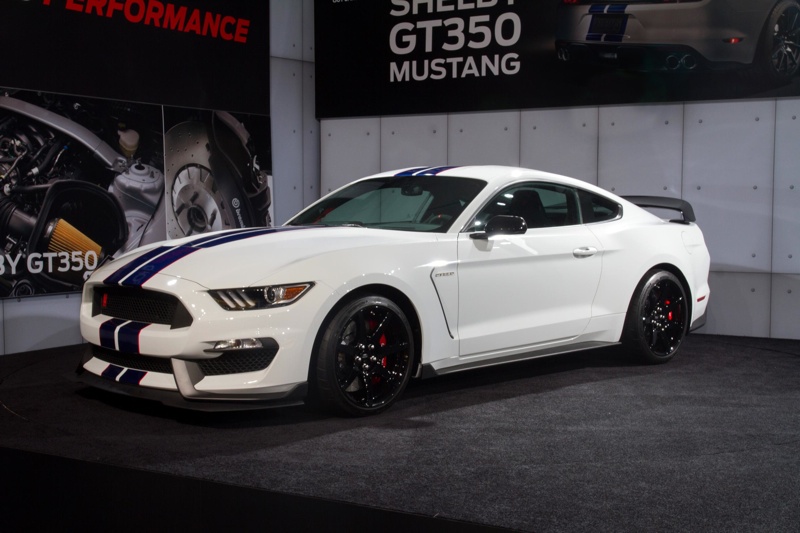 Arriving later this year, the new Shelby GT350R has been designed and engineered in the same spirit, delivering never-before-seen track capability from a Mustang – thanks to innovations in aerodynamics, chassis engineering and light-weighting.

The winning bidder of lot No. 3008 – selling at No Reserve – will be able to option Shelby GT350R VIN#001 with any available colors and packages.

Team members involved in the design and development of the Shelby GT350R will sign the car in appreciation of the donations to JDRF. Ford has supported JDRF since 1983.

“The Shelby GT350R is a world-class car, the best performing Mustang that we have ever built,” said Raj Nair, Ford Group Vice President, Global Product Development.  “We are thrilled to donate the first retail production Shelby GT350R to JDRF for auction.  When this car crosses the auction block it should raise a tremendous amount of money for a great charity.”

“JDRF is privileged to work with Ford, and we are extremely grateful for the generous support from Ford and its employees through the years,” said John Brady, JDRF chairman, international board of directors. “We are honored to be part of the company’s 50-year celebration of the Shelby GT350 at Barrett-Jackson Scottsdale. This very exciting and worthwhile event means a great deal to not only JDRF and the type 1 community, but to me personally as well. We are dedicated to continue our work and to share our vision of creating a world without type 1 diabetes.”