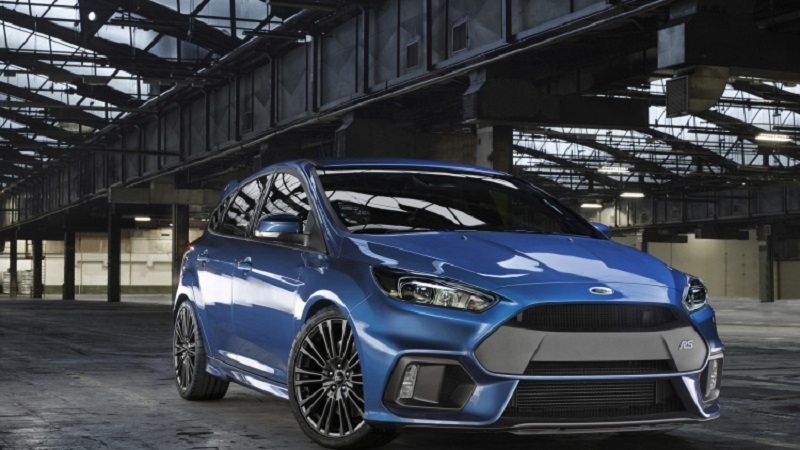 The Ford Focus RS has been hotly anticipated for quite a while now, especially following Ford Performance’s commitment to release up to twelve new performance models before the end of the decade. Many anticipated this hot-hatch to arrive at the Detroit Auto Show and were disappointed when it didn’t show. But now the wait is over, as Ford has just leaked the next generation Focus RS online.

As we had expected, the Ford Focus RS employs the 2.3 liter in-line four EcoBoost engine that is the staple of the Mustang EcoBoost. The engine, according to Ford, will be tuned to well in excess of 315 horsepower and will feature a wide array of upgrades not found previously in any Ford vehicle employing the engine. First on the list is a low-inertia, high compression twin-scroll turbocharger that has a noticeably larger compressor over the standard EcoBoost turbo.  A wider, freer flowing intake feeds the upgraded turbo unit, which is coupled to a much larger and more efficient inter-cooler to reduce lag and better cool intake air. Air exits out of an upgraded performance exhaust, in the form of a large-bore dual-pipe. A reline of 6,500 rpm has been set for the car, and we’re still waiting on the torque numbers.

As far as transmission options go, many were expecting Ford to avail the seven-speed dual clutch found in the new Ford GT as an option. But the Blue Oval went with a more time-tested option in the form of a six-speed manual; no automatic transmission option has yet been announced. Power is delivered to an all-wheel drive setup, complete with torque-vectoring at each wheel. Advantages of the advanced torque vectoring system, are features such as the allowance of delivering up to 70% of twist to the rear wheels, as well as flattening out the outside rear wheel during cornering, for added stability.

The Ford Focus RS should have an MSRP starting at around $30,000, but no details on that have been announced. The RS will be built at the Ford factory in Saarlouis, Germany and exported around the world, with this generation of the Ford Focus RS being the first to make an entry to the US market. Of course, some of you are probably one step ahead and wondering when Ford is going to stick that same power-train in the Ford Fiesta for a true VW Golf-killer- perhaps in due time.