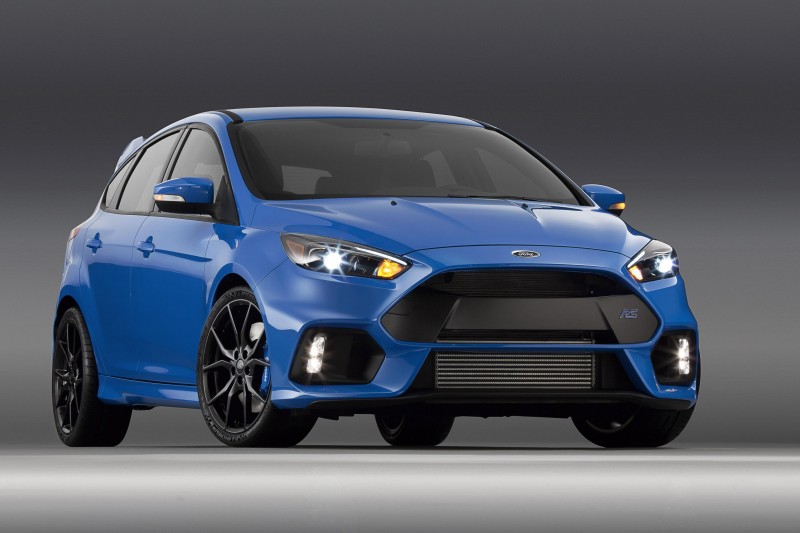 What’s been a long time coming has finally arrived on our shores. The Ford Focus RS has been one of the most hotly anticipated models from the Blue Oval and is second only to the new GT in terms of excitement. Leaked online a couple of months ago, the new car is now making its official world debut at the New York International Auto Show.

The third-generation high-performance hatch features a 2.3-liter EcoBoost engine delivering well in excess of 315 horsepower, along with the most powerful Ford RS braking system ever.

The Ford Performance All-Wheel Drive with Dynamic Torque Vectoring system is based on electronically controlled twin clutch packs on each side of the rear-drive unit. The control unit continuously varies front-to-rear and side-to-side torque distribution to suit the driving situation – monitoring inputs from multiple vehicle sensors 100 times per second. A maximum of 70 percent of the drive torque can be diverted to the rear axle. Up to 100 percent of available torque can be sent to each rear wheel delivering the torque-vectoring capability that has a dramatic impact on handling and cornering stability.

In cornering situations, the rear-drive unit pre-emptively diverts torque to the outer rear wheel based on steering wheel angle, lateral acceleration, yaw and speed. This torque transfer has the effect of “driving” the car into a bend – achieving improved turn-in and stability while virtually eliminating understeer. The system is tuned to deliver exceptional grip – with lateral acceleration exceeding 1 g – along with exciting cornering speed and acceleration out of a bend.

Other chassis features include a sport suspension with stiffer spring rates and more efficient bushes and anti-roll bars than those found in Focus ST, and two-mode switchable dampers, which offer a firmer setting for track use. Specially tuned electric power-assisted steering, in combination with an optimized front suspension knuckle design and shorter link arms delivers connected and responsive steering with outstanding feel.

Ford worked with Michelin to develop a choice of high-performance 235/35R-19 tires to complement the driving dynamics Focus RS offers – a standard Pilot Super Sport for everyday use and, for the first time, an optional Pilot Sport Cup 2 for enhanced dynamics at the track.

With a drag coefficient of 0.35, the shape of the new Focus RS is 6 percent more aerodynamic than the previous model, and with its more compact frontal area, the car generates 9 percent less drag.

For enhanced braking performance in hard driving at the track, the Focus RS features 13.78-inch ventilated front discs – up from 13.23 inches on the previous model. Lightweight aluminum four-piston monobloc Brembo calipers give credence to the car’s track based character. To help minimize fade under sustained track use, brake cooling is maximized through dedicated cooling ducts fed from the front fascia, twin “jet tunnels” in the underbody and airflow guides on the lower suspension arms. The front discs feature aerodynamically optimized ventilation fins for enhanced cooling.

Projected to deliver well in excess of 315 horsepower, the Focus RS 2.3-liter EcoBoost shares its fundamental structure with the all-aluminum four-cylinder engine in the all-new Mustang. Increased output is generated by a new low-inertia twin-scroll turbocharger with larger compressor that delivers significantly greater airflow, along with a much bigger intercooler to maximize charge density. Engine breathing is enhanced through a less restrictive intake design, and a large-bore high-performance exhaust system with electronically controlled valve in the tailpipe helps optimize the balance of back pressure and noise output.

Engineers created additional space within the front of the car to house a significantly larger radiator pack – the biggest ever fitted to a Focus – that provides the level of cooling demanded for hard driving. The cylinder head is produced from an upgraded alloy material capable of withstanding higher temperatures, and is mounted on a more robust head gasket with improved thermal capability. Stronger high-tensile cast-iron liners are used for the cylinder block. Additionally, the design features direct fuel injection, twin independent variable camshaft timing, and Auto Start-Stop.

The six-speed manual is optimized for the enthusiast driver with a shorter gear shift and revised mechanism to deliver faster, more accurate shifts. Both transmission and clutch are upgraded with stronger components to cope with the engine’s increased torque output.

While the jury may still be out until someone gets it to the track, it seems as if this one was worth the wait. 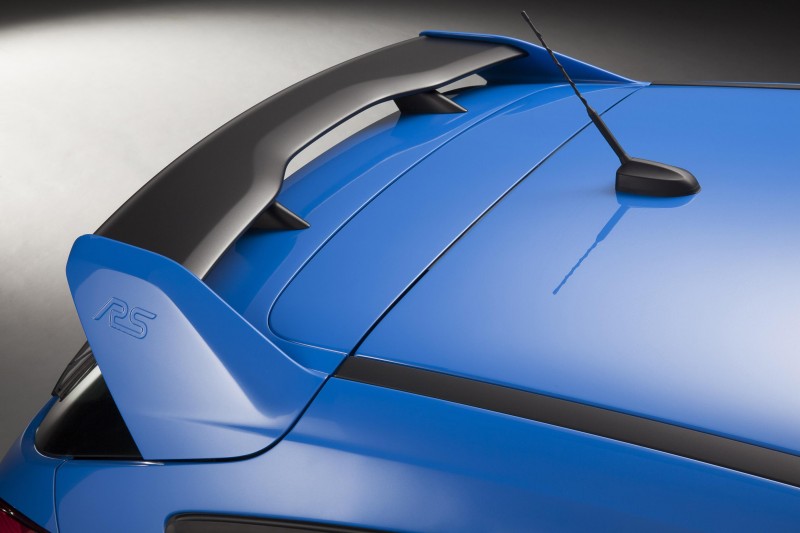