It was a 1-2 finish for Ford Chip Ganassi Racing at the 56th running of the Rolex 24 at Daytona. Teammates Ryan Briscoe, Richard Westbrook and Scott Dixon drove the No. 67 across the finish line, recording back-to-back wins for the Ford GT and delivering the 200th win to team owner Chip Ganassi. The No. 66 sister-car with drivers Joey Hand, Dirk Müller and Sébastien Bourdais (2017 Rolex 24 at Daytona winners) secured a second place podium finish in this year’s season opener. 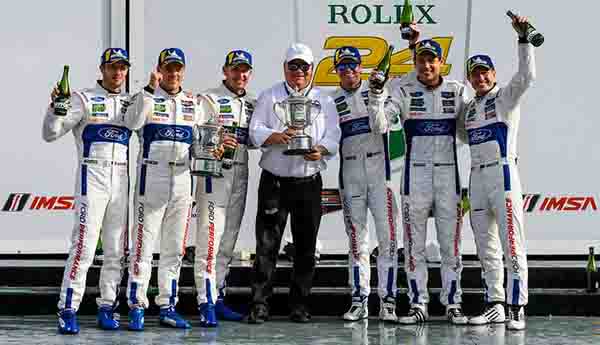 “It’s obviously a great win and a great weekend,” Ganassi said. “In terms of the win, it was one of the most nerve-wracking races. You know, when you come out of the blocks like that and leading it after about three or four hours or something. After a certain amount of hours go around the clock a little bit, it’s your race to lose. It’s one thing not to win a race, it’s another to lose it. It was our race to lose and those are one of the worst races from my point of view, because everything is out of my control. My hats off to the team, the drivers, the engineers, the mechanics, the people that build the engines, and the people who built the cars. They’re the ones that deserve to be sitting up here along with the drivers and myself.” 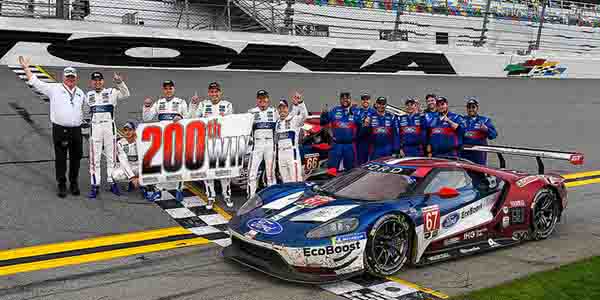 All Ford entries who competed during the IMSA weekend bore a special decal for Ford racing legend Dan Gurney, who died Jan. 14, 2018. The serial number on the winning Ford EcoBoost engine was “GT40.” 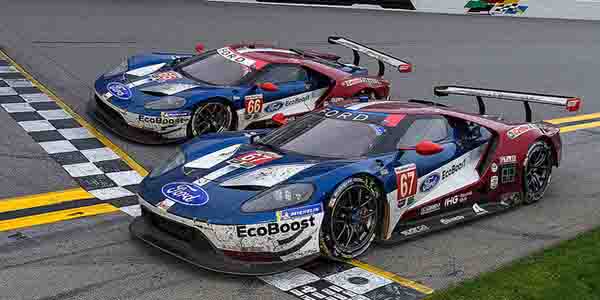