Joey Hand and Dirk Müller took the No. 66, Ford GT to the podium for the second time this race season, in the IMSA Continental Tire Road Race Showcase at Road America. 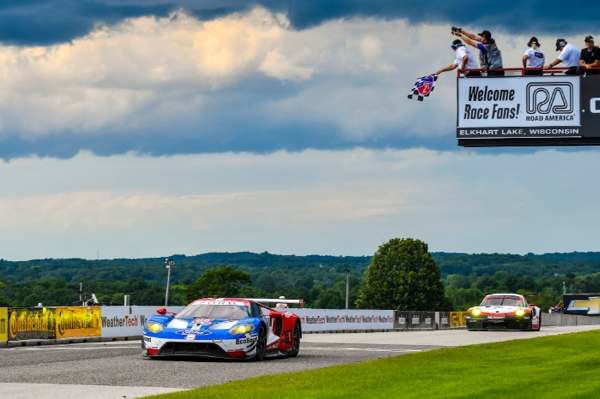 “We had an exceptional weekend at Road America, coming home with two wins and a pole,” said Doug Yates, president and CEO of Roush Yates Engines. “Congratulations to Dean Martin and Jack Jr. (Roush) on their GS win and Joey (Hand) and Dirk (Müller) on the GTLM win at Road America. Ford Chip Ganassi Racing and KohR Motorsports had strong cars this weekend and with the team’s race strategy we were able to start up front and race strong all weekend.” 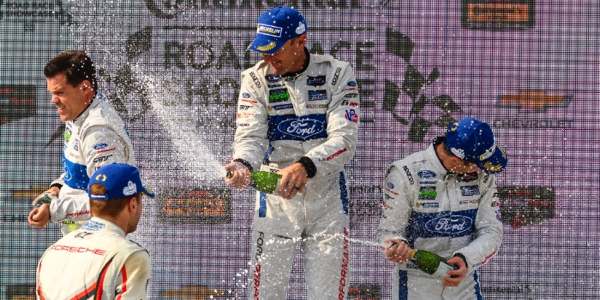 Achieving their second win of the season, secured the No. 66 valuable driver and team points as they head into the last three races of the season; Virginia International Raceway, Laguna Seca and Road Atlanta.

The No. 67 also claimed the fourth DEKRA Green Racing award in a row for being the cleanest, fastest and most efficient car in the GTLM class, which is attributed to the Ford EcoBoost engine. 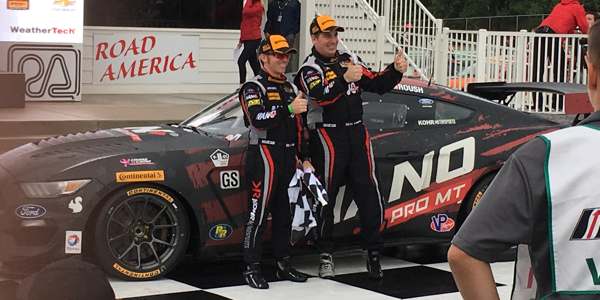