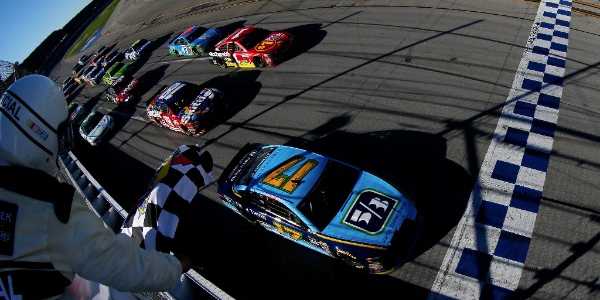 “What an incredible weekend of racing, the Ford GT cars ran in Belgium and Texas, while our NASCAR teams swept Talladega,” said Doug Yates, president and CEO of Roush Yates Engines. “Congratulations Ricky and Jack on this milestone win and to Aric, Fred Biagi and Bill DenBeste on winning the Xfinity race. To win both restrictor plate races this year, Daytona and Talladega with Ford Performance is an incredible achievement for our team.”

The weekend started off fast with qualifying, showcasing the ‘Ford Power’ with Stenhouse Jr. winning the first pole of the season for Roush Fenway Racing, recording a lap speed of 191.547 and fifth season pole for Ford Performance. A total of three Ford Fusions qualified in the Top-5; No. 2 Brad Keselowski in P3 and No. 6 Trevor Bayne in P5. 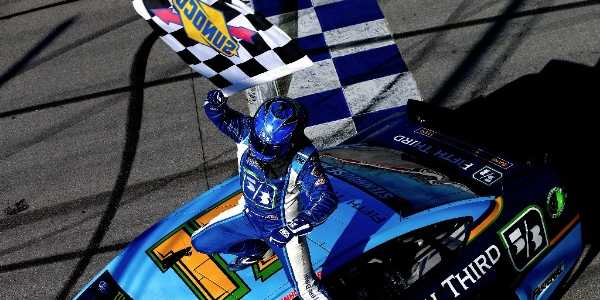 After winning the pole Stenhouse said, “It’ll be nice to lead the field to green here. The Fifth Third guys worked really, really hard on these cars. Like I said earlier, Jimmy Fennig has done a great job on these speedway cars. This is cool. Doug Yates builds awesome horsepower. With his dad, Robert, not doing as well as we would like, it would be cool to dedicate this one to him and all the hard work that the engine shop does. Man, it’s a cool way to start the weekend.”

Stenhouse Jr. led the pack of 40 cars across the start/finish line to start the race for the first time this season and leveraged the horsepower of the Ford FR9 EFI engine to lead the first laps of the race.

The Ford Fusions ran up front for the majority of the day, as Keselowski took the first stage win, with six different Fords leading throughout the race. 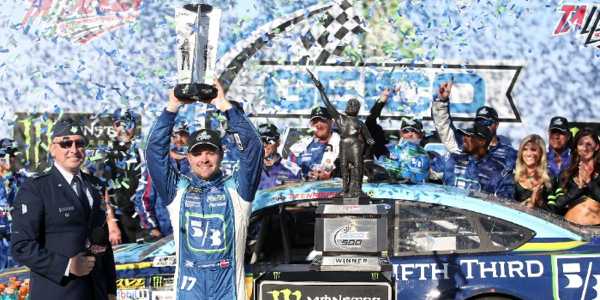 The No. 17 survived the notorious Talladega ‘Big One’ making it through an 18-car wreck. Stenhouse Jr. went onto to position himself perfectly, in second position, running bumper to bumper with Jimmy Johnson, as the final caution came out.

It all came down to a high pressure overtime shootout drag race. Starting on the inside of Kyle Busch, Stenhouse Jr. got a great restart with a push from Johnson and on a last lap pass took the lead and checkered flag, winning by .095 seconds over Jamie McMurray.

When asked about his first win in victory lane Stenhouse Jr. said, “It’s been a long time coming. We’ve run really well here at Talladega. This is the closest race track to home. I got a lot of cheers riding around here today and the fans were awesome. We had a lot packed in here at Talladega and it felt old-school. Man, to finally get that win for Jack and everyone on our team is really special.” 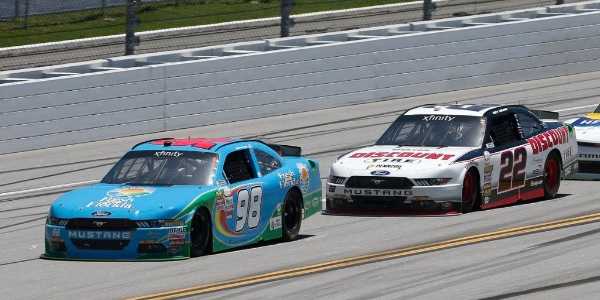 In the NASCAR Xfinity Series, Sparks Energy 300 Aric Almirola, driver of the No. 98 Fresh From Florida Ford Mustang stayed focused as he worked his way up to the front from 23rd position, to win the first stage of the race. Almirola would get shuffled back during the middle of the race, but would follow the No. 22 Joey Logano of Team Penske back to the front and take the lead with nine laps to go.

Logano would keep the pressure on, but Almirola would prevail to win his first race of the season for himself and Biagi DenBeste Racing. Ford Performance teammate Logano would finish second. 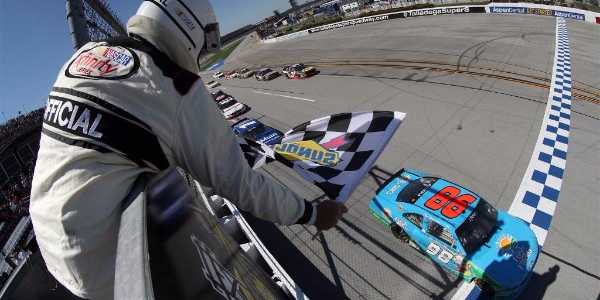 “It means so much,” commented Aric Almirola from victory lane on Saturday. “First, I want to thank God. And then I want to thank Fresh from Florida and everybody at this Biagi DenBeste race team. They let me run this thing seven or eight times a year and I have so much fun, especially at the speedway races. Doug Yates brings some awesome horsepower and our Ford Mustang was super-fast. I knew it right from the beginning of practice. We ran about 10 laps in practice and I said, ‘Put it on jack stands. We’re ready to go. This thing is fast!”

The Ford Fusions have won five out of the first 10 races of the MENCS season. They will make their way to Kansas Speedway next. Tune-in to see what unfolds on Saturday, May 13th | 7:30 PM ET | FS1. Reference the full 2017 schedule on www.roushyates.com.