Forgeline Motorsports has signed on as an official sponsor of the Pirelli World Challenge for 2018. Forgeline has decided to join the official sponsorship ranks because of their long-term involvement and commitment to the series, as well as the company’s desire to grow with the event in the future. 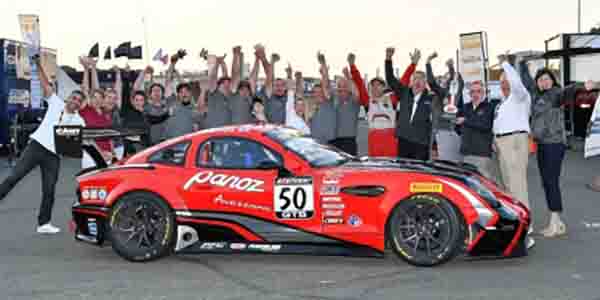 “Racing is why we exist and it’s also a part of our history at Forgeline Motorsports,” said Dave Schardt, president. “Sponsoring the Pirelli World Challenge was always a goal for us, so now we’re extremely proud to be a part of such an important series in the racing world.”

An active participant in the series since its transition to its current name and setup, Forgeline has been a favored wheel brand for challenge participants for two decades. Dave Schardt recalled, “Back in the late 1990s and early 2000s, Forgeline was one of the only USA custom race wheel manufacturers, and we had half of the field on Forgeline wheels.”

In the new world of homologation, Forgeline is the only USA-made wheel in the GTS field.

“We are pleased to partner with Forgeline as an official sponsor of the Pirelli World Challenge. Forgeline has been a fixture in our paddock with their support of teams across all classes for many years. Their brand’s legacy of quality and performance is a welcome addition to our series,” said Greg Gill, president and CEO of the Pirelli World Challenge Championships.