Round one of 2017’s gruelling 20-race Formula 1 season kicks off this weekend, March 24-26, ‘downunder’ in Melbourne for the Australian Grand Prix. 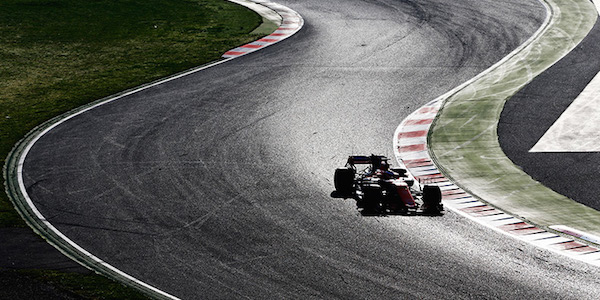 Brand new rules will take effect in 2017 that are among the most revolutionary in recent history. Regulations for aerodynamics have been relaxed, allowing approximately 25% more downforce coupled with tires that are 25% wider as well, which should produce around five seconds per lap quicker lap times (compared to 2015).

Pirelli says its tire philosophy for 2017 calls for less degradation and fewer peaks of temperature, allowing Formula 1 drivers to push hard during every stint, which should make for more exciting racing. 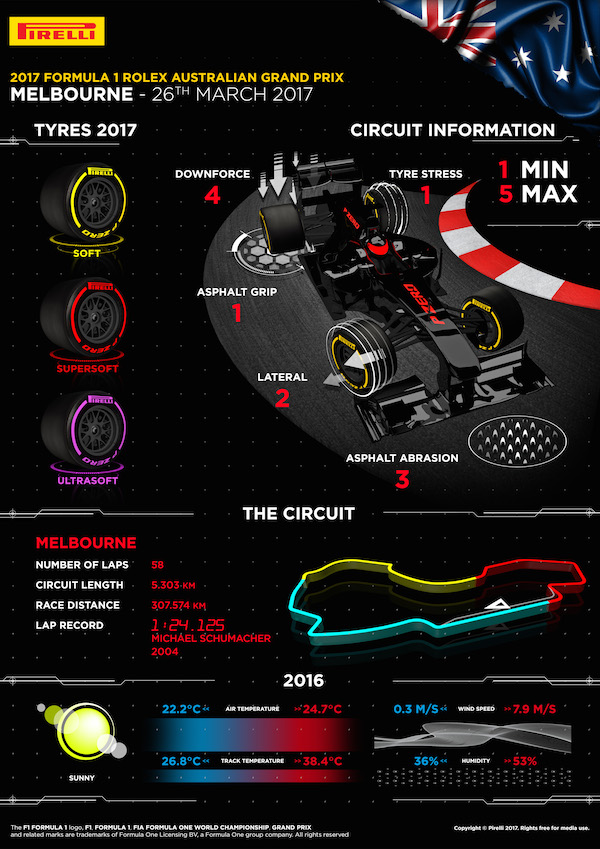 There are new rules governing race starts (where the drivers will have more clutch control) and re-starts after safety cars in wet conditions (from the grid).

Pirelli will take its ultrasoft compound to Australia for the first time.

From Australia to Spain, teams will have identical tire allocations: seven sets of the softest compound available, four sets of the middle compound, and two of the hardest compound. In Australia, these are ultrasoft, supersoft and soft (in order).

Starting in Monaco, normal rules will apply: teams will select 10 sets of the 13 available. Pirelli says it will communicate the selections 10 days before each race.

A semi-permanent track is always ‘green’ and dirty at the start of the weekend. Hard acceleration and braking will come into play as the longitudinal forces are greater than lateral ones.

Lots of slow corners put an emphasis on mechanical grip and high downforce. The left-rear tire will get a workout as it is worked hardest.

Anything can happen with the weather in Melbourne, from bright sunshine to torrential rain.

The track surface is reasonably smooth asphalt, so tire wear and degradation is comparatively low, according to Pirelli.

Cool 🎥 | The world of Formula 1 through Sebastian Vettel’s eyes