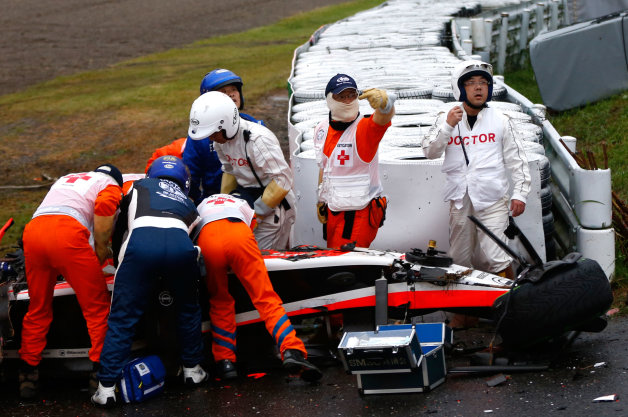 Jules Bianchi’s crash and resulting injury has had everyone talking about the safety of motorsport. With no fatalities in Formula 1 for the better part of 20 years, the talks of safety had been getting a little dull.

But now things are different, and the Formula 1 community has been ostensibly rattled. With this, it seems many people are dusting off an old battle cry- closed cockpits. The idea had been broached before but was abandoned because many feared the negative cosmetic implications.

One supporter of the idea is Fernando Alsonso, who suggests that the FIA at least look into the idea. Alonso opined,

“I probably tend to agree we should at least check and try or test the idea… We are in 2014, we have the technology, we have airplanes and many other examples used in a successful way, so why not to think about it?”

“All the biggest accidents in motorsport in the last couple of years have been head injuries so it’s probably one of the parts where we are not on the top of the safety,”

Even Williams Felipe Massa agreed with the idea, stating,

“I totally agree with Fernando – it would be interesting to try to work on that possibility. Definitely for my accident,”

Massa referred to an incident he had in early 2009, during which he was injured in a crash, however he expressed doubt as to whether or not it would have made a difference for Bianchi,

“it would have been perfect. For Jules, I don’t know.”