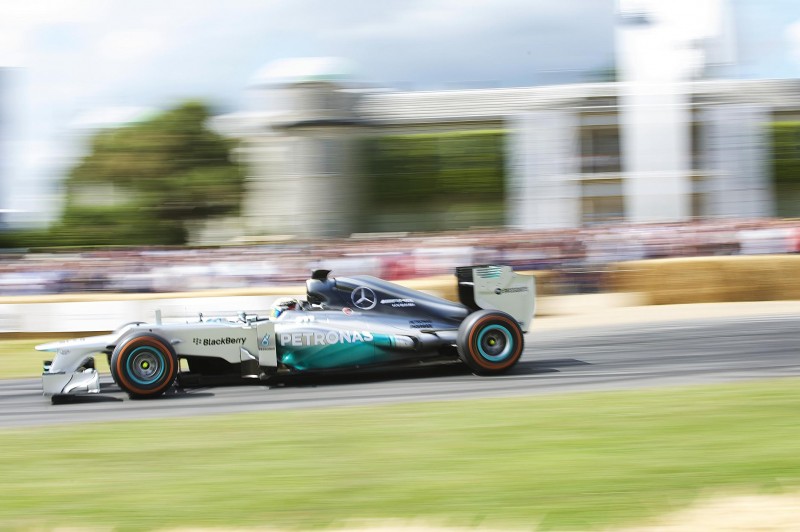 Several weeks ago, Pirelli made statements saying that their continued involvement in the sport would depend on whether or not the regulations were conducive to promoting their band image. With a variety of manufacturers possibly contending for the contract with Formula 1, it seemed likely at one point that Pirelli would either be usurped or step down.

Now the battle has devolved to a showdown between Pirelli and Michelin, with the latter insisting that its bid is contingent upon the sport moving away from its 13 inch setup to an 18 inch lower-profile tire. Pirelli has also voiced support for this as well.

Despite previous rumors that Pirelli may leave willingly, the Italian manufacturer has recently stated that they will do whatever it takes to stay on board. Pirelli motorsport chief Paul Hembrey stated,

“We can only reply to the rules and we’ve said we will supply what they want. Do you want to do 20-inch? We’ll do 20-inch. Tyres that last the whole race? We’ll do that. Tell us what you want and we’ll do it.”

While still supporting the move towards 18 inch tires, Hembrey said Pirelli would be more flexible with the FIA, perhaps in contrast to Michelin,

“At the moment it’s very clear that the size of the tyre is set by the FIA together with the teams and the promoter and it sets a certain type of tyre. They are still asking us to help assist create a number of pitstops. If that changes, of course we can do that as well.”

The reason speculation abounded before that Pirelli may leave had to do with the prospect of allowing teams much greater choice with selecting tire compounds. Seeing as though this would increase the probability of tire failure and accidents should teams make poor choices, many among the manufacturer were hesitant to sign on under a circumstance such as this, considering it may not bode well for the brand’s image. Such concerns seem to have been silenced for the time being, however.

Michelin motorsport chief Pascal Couasnon stated to Autosport with regard to the manufacturer’s bid,

“The tire used as an object you throw away after a few laps, or whatever, is not really something that is good for the tire industry. I also understand people say Pirelli has done a good job, but if I listen to the teams and drivers, not everybody agrees on that. If the request is for more pit stops then there is a way to provoke them, but also with tires that do not degrade as much. Maybe we need to find a solution that respects some guidelines. What’s important for us is being able to propose some ideas.”