This weekend’s Formula 1 ETIHAD Airways Abu Dhabi Grand Prix will officially be the most attended ever, after Yas Marina Circuit announced that tickets have sold out. 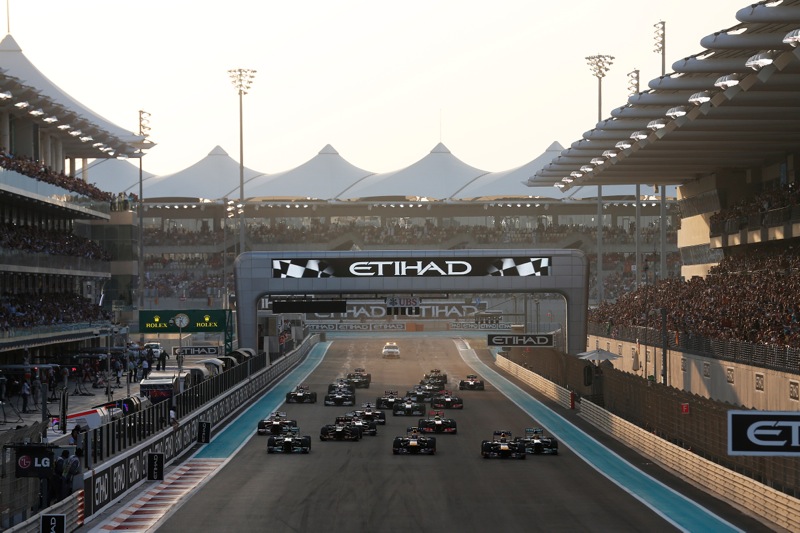 This year’s increased daily allocation of 60,000 tickets – up from 55,000 in 2013 – means the biggest ever crowd will watch the nail-biting conclusion to the F1 season, as Mercedes’ drivers Lewis Hamilton and Nico Rosberg battle it out for championship glory.

Rosberg’s recent victory at the Brazilian Grand Prix brought him within 17 points of championship leader Hamilton, setting up an exciting showdown at Yas Marina Circuit this Sunday, November 23rd.

“With all the tickets now sold out, we can officially say that the 2014 Formula 1 Etihad Airways Abu Dhabi Grand Prix is going to be bigger than ever before!” said Al Tareq Al Ameri, CEO of Yas Marina Circuit.

“The demand has been unprecedented, locally and internationally, and the atmosphere in the stands is going to be fantastic. The F1 championship has come down to the wire, and people can’t wait to see the champion crowned right here in Abu Dhabi,”

It’s not just the appetite among fans for live sporting drama that’s driven demand to record levels; away from the track, there’s a packed program of entertainment to keep visitors amused, including international music acts, roaming entertainment, games, theatre and heritage activities.

“The F1 weekend is about more than great motor racing action,” said Al Ameri. “It’s Abu Dhabi’s premier social event of the year, a three-day carnival of live entertainment and activities for the whole family.

“There’s going to be so much going on around the circuit. We’ve made it even more of a spectacle this year and we have made sure there’s something for everyone, and with more people attending than ever before you can be sure of an incredible atmosphere throughout the venue.”

You can also keep up to date on all of the action from the circuit and Formula 1 news and events by visiting Yas Marina Circuit’s social media platforms, using the official hashtag:  #AbuDhabiGP