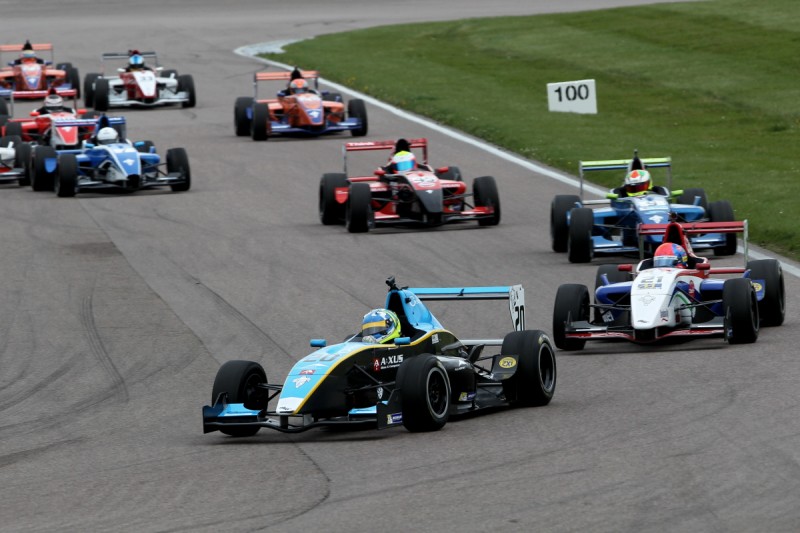 Experienced single-seater team Mirage Engineering is the latest squad to announce a move into the Protyre Formula Renault Championship it is officially confirmed today, Friday, 31st October, with the Norfolk outfit planning to field a three car entry in 2015.

Headed up by team owner Darren Stone and chief engineer Larry Cooke, Besthorpe-based Mirage has enjoyed wide-ranging success in open-wheel racing as well as preparation and restoration work in sportscars and saloon cars.

Stone established Mirage Engineering in 2002, having previously worked as a professional engineer in the offshore and nuclear power industries, and most recently the team has been leading the way in Historic Formula One competition with no fewer than three title victories.

Cooke has vast experience in a variety of categories, including Formula Renault, and will be making the most of his links to Mexican motorsport – having spent the best part of a decade working there – to bring some talented Hispanic drivers over to the UK to compete in Protyre Formula Renault.

Having won no fewer than 16 titles worldwide, including four in Formula Renault, Cooke returned to Britain last year where he provided engineering assistance in the Protyre series to Finnish teenager Niklas Tiihonen.

“We’re delighted to announce Mirage’s move into Protyre Formula Renault for next season, the plan is to run three cars,” explained Cooke. “I’m also looking to bring some drivers over from Mexico to race in the UK and learn their craft, I spent about 10 years in Mexico so have strong links there and know a lot of the up-and-coming drivers.

“We’ll be testing here and in Spain during November and we’d obviously be happy to hear from any drivers who are interested in racing in the championship. Protyre Formula Renault is well known as a great proving ground for young single-seater drivers, it’s fantastic to be involved.”

Mirage Engineering’s arrival in the Protyre Formula Renault Championship marks the second new team to sign-up for the category in as many weeks. Motorsport and automotive students from the University of Wolverhampton confirmed a fortnight ago they will enter a car in the 2015 season for Shane Kelly as part of their degree studies at the Telford Innovation Campus.

Welcoming the Mirage Engineering squad to Protyre Formula Renault, series promoter Simon North said: “It’s obviously fantastic news Mirage has chosen to enter Protyre Formula Renault and we’re delighted to hear the plan is for a multi-car team. Clearly, Darren and Larry have a huge amount of experience between them and we’re looking forward to seeing them on the grid in 2015.”

Along with headline sponsor Protyre, Formula Renault is additionally supported by Michelin.