Electronic Fuel Injection is nothing new, but to many performance builders and tuners it has been a challenge to learn the ins and outs of this complex setup. We used to bring a whole box full of jets and carburetor parts to the track to change out on a picnic table between rounds. Now it is done with a few clicks of a keyboard. 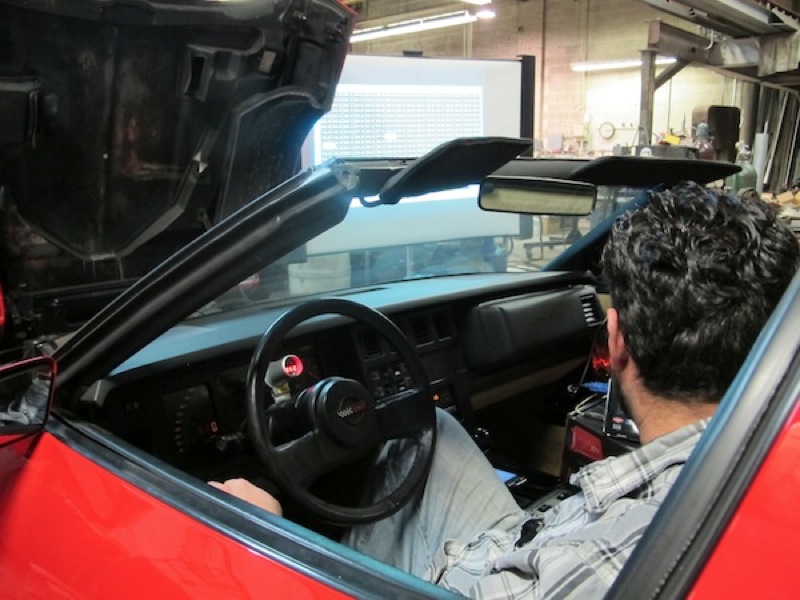 Today, more and more people are learning how to get the maximum from EFI systems, and it’s not just the pros who are doing it. However, a word of caution: you can get yourself in a lot more trouble with a keyboard than with a screwdriver. Ben Strader, founder and senior instructor of EFI University shared these four helpful hints for dealing with scenarios that commonly rear their ugly heads while tuning an EFI system.

1. Tuning For Economy on the Dyno

One of the major benefits to an EFI system is the ability to have good engine running characteristics in a variety of categories, all at the same time. When the engine is at full power, the calibration can be set to give good performance and reliability, and when cruise situations are entered, the “economy” part of the tune can take over, providing great gas mileage.

While tuning on a dynamometer is an invaluable process for gaining maximum power from an engine, many builders think that is the end of its usefulness. In fact, the best way to gain great fuel economy is also done on the dyno!

At EFI University, we frequently get asked questions like “what is the best A/F ratio for my engine?”

The answer to that question is extremely complicated because of all the factors involved, such as: “What exactly are you trying to accomplish?”

This is important because the right A/F ratio depends on whether you are looking for power, economy or emissions. What is correct for one application will not be right for another.

When it comes to economy, it is important to recognize the fact that when the engine is operated in the range of speeds and loads where economy is important, the engine will not produce enough heat to damage any components, so a much leaner mixture can be used than when under full power. In fact, even leaner than Stoichiometric is desirable in this circumstance!

The question becomes then…”How lean is too lean?”

If you can’t do any real damage to the engine from leaning it out, then why not simply go as lean as you possibly can without getting any misfires?

Part of the answer lies in the fact that you need a certain amount of power to keep your vehicle moving. Typically, there is a large range of A/F ratios that will produce reasonably close to the same power output of the engine, so choosing one to make power is pretty easy. Once you go outside this window, (either too lean or too rich) the power drops significantly.

However, when this happens, the engine may no longer make enough power to sustain the vehicle speed in that same cell location on the fuel map.

Whether you are tuning an engine on an engine dyno or a chassis dyno, you should always make sure that it gets tuned to the proper amount of ignition timing.

The best way to do this is to use a steady state holding pattern on the dyno and hold the engine to a specific RPM. Then load the engine to whatever site you wish to tune and record the instantaneous power readings.

When you make a change to add or subtract ignition timing, you will normally see a corresponding change in power output.

Using an onboard or aftermarket knock sensor to check for detonation is the easiest way to find the maximum allowable ignition advance. However, if you do not have access to one, here is another way to get pretty close.

Advance the timing until maximum power is reached and begins to fall off when more timing is added. From there, back off the ignition advance one or two degrees and set it there.

Once you have made a few hard pulls on the engine at this setting, shut it off and remove the spark plugs. Inspect them for obvious signs of detonation or erosion. Pay careful attention to the J-shaped ground strap. You will notice that somewhere on the strap it begins to change color.

Ideally, when the proper timing is set, there will be enough heat in the combustion chamber to make the color change at about the center of the strap. If it changes more out towards the end of the strap, then there is not enough heat, and more advance is needed. Conversely, if the color change is near the bottom where the strap joins the plug, then take some ignition advance out in order to start the burn later and transfer more heat out the exhaust!

When tuning a small displacement engine with very large injectors, you may have trouble establishing a good solid idle.

This can also happen with engines using large duration camshafts with considerable overlap period where the inlet manifold signal strength is erratic and hard to pin down an exact reading. When you run into a situation like this, there are a few things that can make life just a little bit easier.

First, always make sure that your ECU is getting full battery voltage, if not more from the alternator. The ECU will have a much harder time staying consistent if the supply voltage is not up to par. The injector battery voltage offset can also be inconsistent and this makes properly supplying fuel to the engine difficult at best.

Second, use a little more ignition advance at idle than normal to help the engine produce slightly more torque and keep itself running a little better. When the timing values are very low or close to TDC at idle the engine can be a little lazy and this causes a kind of “rolling” idle condition, especially when coupled with a lightweight flywheel with low inertia.

Lastly, when tuning for idle quality using either a stepper motor or an Idle Air Control valve a common mistake is for tuners to either forget to check or to set the throttle stop incorrectly.

If the throttle opening is too large the idle quality will suffer because in order to achieve a particular target idle speed the valve will have a lot of range to open up and increase airflow, but not a lot of ability to close off the air supply and slow down the engine because so much air is already getting past the throttle itself. I like to try and maintain a steady idle at my target speed and have the idle control valve working at about 25-30% of its capability when the engine is fully warmed up. You can play around a little and see what works best for your engine, but typically values under about 10% valve capacity won’t leave enough room to solve an idle overshoot problem.

Tuning a forced induction engine on a dyno can be a daunting task. Trying to tune an engine that will make lots of boost and a ton of power can be even more challenging. These engines tend to make so much power when they come on to the boost that they often will rip right through the RPM ranges you are trying to tune. This can be very frustrating to a novice tuner.

One thing you can do to help out, is to disconnect the tubes that lead from the turbocharger to the intake manifold. This will prevent any boost from reaching the engine, so that you can tune it as you would a naturally aspirated engine. Just operate the dyno so that it will hold you at a constant engine speed while you adjust the load with movement of the throttle and tune all the sites as best you can.

Once you have tuned all the sites for wide-open throttle in a naturally aspirated form, you can connect the boost tubes again and begin tuning the boost sites. If you have an adjustable waste-gate or boost regulator, turn it down as low as it will go and tune the lower boost sites first and gradually work your way up. If your turbocharger has the ability to use a compressor speed sensor you can pay attention to the speeds reached during the run to make sure you are not exceeding the manufacturer’s recommended maximums. This is rare, but it could happen and it’s worth taking a look to avoid premature turbocharger failure.

When done properly, the shape of the fuel curve under boost should closely match that of the engine while naturally aspirated. It will simply use more fuel, or higher numbers in the map. The reason for this is because the engine’s volumetric efficiency for any given engine speed is determined by the combination of cylinder head, camshaft, displacement, etc.

Some ECUs use different values to represent fuel quantities in their base fuel tables, so always be sure to follow the recommended procedure for your particular system but as a general rule of thumb, the more intake pressure you run the more fuel the engine will consume so the larger the numbers in your fuel tables will need to be.