Kevin Harvick won the season finale at Homestead-Miami Speedway Sunday to claim his first NASCAR Sprint Cup Series championship in dramatic fashion in part, thanks to a revised Chase format.

To win the title, Harvick needed to finish ahead of his fellow Championship 4 – and a win was the only way that would’ve happened. Ryan Newman finished second, Denny Hamlin finished seventh and Joey Logano ended the night in 16th.

After finishing a career-best third in the standings in three of the last four seasons, the 14-year series mainstay finally broke through for the premier series title in his first season with Stewart-Haas Racing. A veteran of all three of NASCAR’s national series, Harvick joins Bobby Labonte and Brad Keselowski as the third driver to win both NASCAR Sprint Cup Series and NASCAR Nationwide Series crowns. Harvick, 38, is the 30th champion in the 66-year history of the NASCAR Sprint Cup Series. 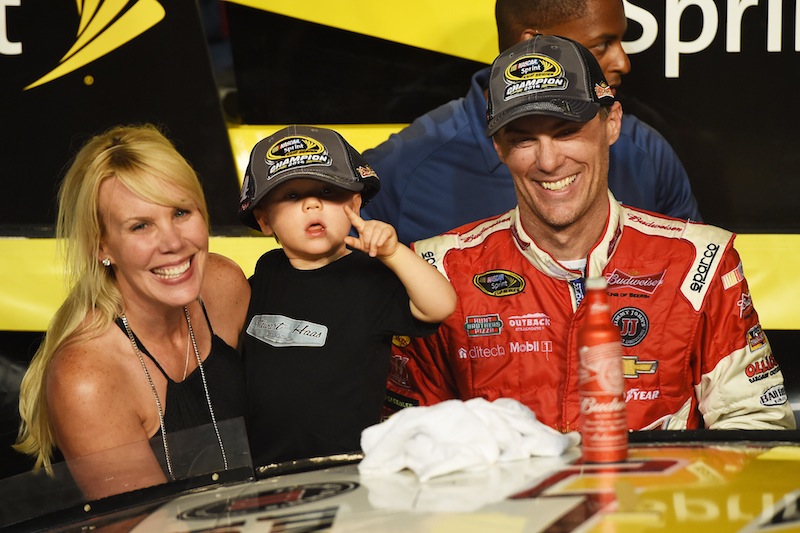 The No. 4 Budweiser/Jimmy John’s Chevrolet driver showed off his speed throughout 2014, pacing the NASCAR Sprint Cup Series in laps led and poles. Following a two-win regular season, Harvick entered the Chase for the NASCAR Sprint Cup as its No. 6 seed. He adeptly navigated his way through the Chase’s Challenger and Contender Rounds highlighted by his victory at Charlotte Motor Speedway, but would still be searching for a championship without his clutch performance in the Eliminator Round cutoff race at Phoenix International Raceway.

Entering the penultimate showdown at the one-mile tri-oval last among Chase qualifiers, Harvick needed a win at Phoenix to advance to the Championship 4. He responded to the pressure by leading 264-of-312 laps and beating four-time series champion Jeff Gordon on his way to Victory Lane. The Bakersfield, California, native carried his momentum to Homestead, becoming the first title-winner under NASCAR’s new playoff format.