With the forthcoming revival of the Acura NSX and the success of Nissan’s GT-R, it seems Toyota has been lagging behind in terms of sports car production in recent years. However, many can’t help but remember the days of the 2000GT, the MR2, and the legendary Supra. 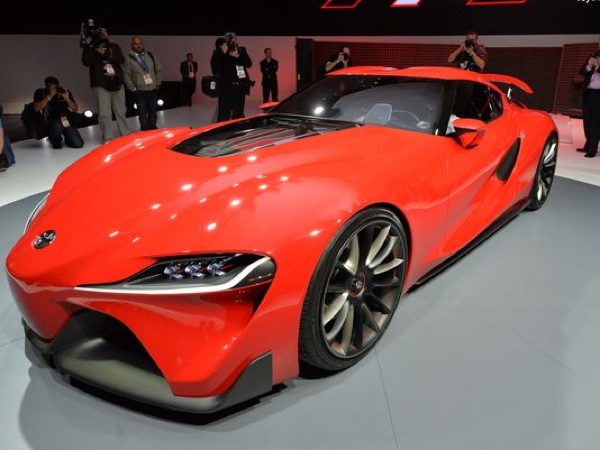 With this in mind, no one was overly surprised when Toyota presented an impressive slew of concepts in Detroit at the North American International Auto Show this week. One of the most eye grabbing has to be the FT-1 concept, the bright red version of which has been the topic of constant conversation since its unveiling.

Already being hailed as the “next Supra,” the FT-1 concept has drawn a mountain of speculation among enthusiasts as to what we can expect out of the performance arm of Toyota in the coming years. With the FT-1 already being looked upon as the long overdue renewal of Toyota’s presence in the high performance arena, it seems to be no mistake that the FT-1 bears a resemblance to the Supra. The characteristic long hood and deep overhangs seem reminiscent of today’s generation of sports cars. Toyota could use this model to compete above the Scion FS-R’s price range, which would put an FT-1-esque vehicle around the $30,000 price range. 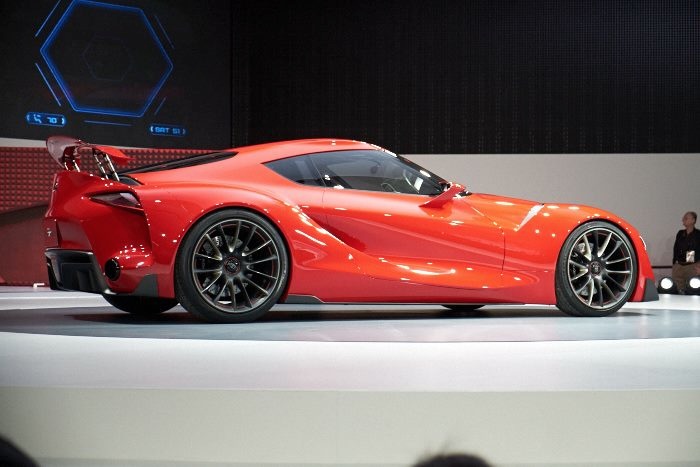 As this vehicle is still quite early in its evolution, no powertrain announcements have yet been made. However, one would hope that an eventual implementation of the FT-1 concept would at least stack up to the GT-R and NSX in terms of performance. Though we shouldn’t speculate so early in the game, I’d bet that a twin turbo V6 would be the eventual choice to power such a vehicle. Despite all of the ambiguity, a few things are certain: Toyota has stated explicitly that a future vehicle of this class would stay true to Toyota’s tradition and be a rear wheel drive, front engine car. Also, in contrast to the NSX, the FT-1 will most likely not employ hybrid technology.

At the end of the day, the FT-1 is far from preordained, but many agree that its entry into the market is likely. With Toyota’s presence in the sports car market seeming rather empty at the moment, many see this as a revival of the iconic Supra and the return of Toyota to the performance scene. Even if the FT-1 concept doesn’t pan out, we can most likely expect many of the design features of this vehicle to show up on future Toyota sports cars. If nothing else, the FT-1 has at least given those in Detroit this week something to talk about.