With the luxury SUV market rapidly expanding, no one was surprised by the announcement a few months back that Bentley would launch its own performance SUV. What does have everyone talking, however, is the recent allusion that the SUV may reach 200 mph, in addition to having full off-road capability. 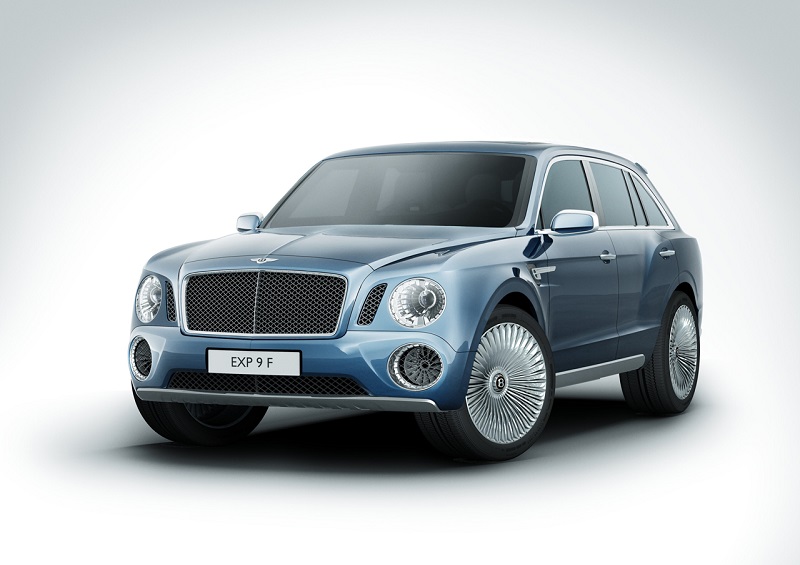 With the luxury SUV market expanding rapidly, a host of manufacturers are pouring their resources into bringing new models to the market. Lamborghini announced its new SUV, the Urus, a few months ago, and Porsche is ambitiously expanding its lineup in the segment. Not to be ignored among the host of newcomers is longtime segment leader, Land Rover. With the luxury SUV market gravitating more towards smaller vehicles rather than the behemoths of the days of old, Land Rover is investing heavily in new, more compact models such as the Range Rover Evoque. We’ve even seen a few mockups and renderings coming from Jaguar and Rolls-Royce, and Aston-Martin is designing its own slew of crossovers and SUVs to revive the historic Lagonda marque. Bentley isn’t wasting any time in bringing its own SUV to market, as its still unnamed compact SUV will go on sale beginning in 2016. Bentley CEO Wolfgang Schreiber has stated, “The Bentley SUV will be the most powerful and luxurious on the market.”

One thing Bentley has told us is that, surprisingly, the new SUV will have full off-road capability, and it will be positioned to go head to head with some of the Land Rovers and the new Lamborghini Urus in this arena. This comes as a huge shock to the automotive world, and many are wondering if Bentley has the technology and expertise necessary to bring this to fruition. However, as a part of the Volkswagen family of brands, the Bentley team will have no shortage of resources, so maybe they can pull it off after all. As with many of the upcoming ultra-luxury SUVs, we can expect the new Bentley SUV to be on the smaller side, more reminiscent of what some may call a crossover. Specific dimensions have yet to be released, but this one should compare in size to the Evoque, as well as the upcoming Urus.

The vehicle is making headlines, however, not so much for its innovative styling but for the groundbreaking performance everyone has been speculating. While no official comment has been given from Bentley with regard to the exact performance of the car, we’ve been getting reports that Bentley engineers have set the goal of getting the car to reach 200 mph. With Bentley being at least somewhat known for performance, it certainly isn’t outside of their repertoire to make this happen; however, engineering a 200 mph SUV is no small task. Most are predicting that the Volkswagen engineered 6.0 liter W12 that graces all other Bentley models will be the engine of choice, with turbochargers added of course. There is also speculation, following a recent announcement that Bentley will employ twin-turbo V8s for future models, that  a V8 may be employed for the upcoming  SUV. Bentley has also made clear its intention to focus heavily on optimizing the car’s aerodynamics, an area where most Bentley models don’t score so high.

Though the Bentley SUV doesn’t have a name yet, and its launch is still two years away, everyone is hotly anticipating its arrival. It’ll have competition aplenty, however, and lets hope Bentley can hang tough with the competition. If one thing is for sure, it’s that the performance luxury SUV segment is here to stay, and all of the industry’s top players are hard at work to capture a piece of the pie. The Bentley SUV will come with a price tag that is well over $200,000 and Bentley will start deliveries in 2016. Bentley hopes to begin with a modest production tally of 3,000 SUV model units in the first year but expand production as the model comes into its own. It’s still a long haul to the production line, so let’s hope Bentley can pull this one off and get it right, because there’s nothing many of us would like to see more than a Bentley SUV zipping along at 200 mph.