This Butterball was no turkey on the racetrack. Bill Hupke used to work for FWD Seagrave and is now a hardworking volunteer at the FWD Museum in Clintonville, Wis. How would you like to have his new job—taking race cars to shows. He took the yellow Butterball Special out of the museum for the “Evolution of the Race Car” event in Freedom, Wis., Oct 1.

The Butterball has a 4425cc 380-hp Steyr aircraft engine that can push it to around 150 mph. The car crashed in a 1951 race and its builder and owner, one A.J. Butterworth, sold it to Bill Milliken, the manager of the Cornell Flight Research Department in Buffalo, NY. Milliken then raced the four-wheel-drive car from the fall of 1952 until the fall of 1957. 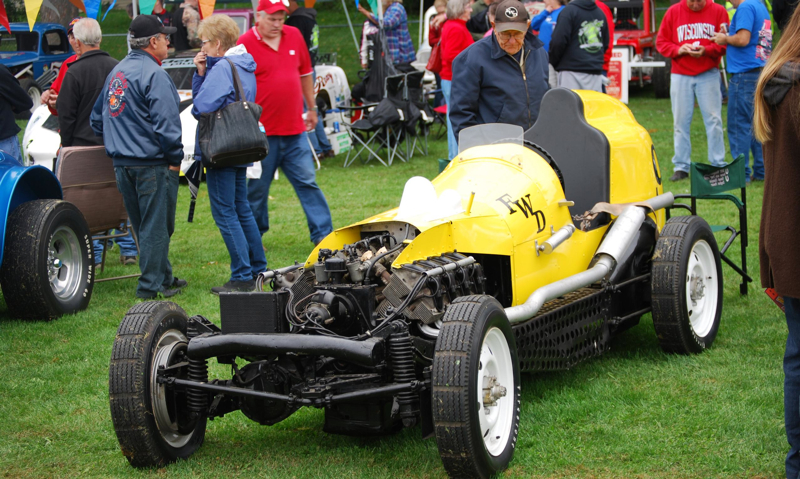 In 1957, the car was shipped to the FWD Museum, where it has been ever since. That collection is in the process of moving to a larger building and volunteers are hoping to free up the Steyr engine and get the car running again.

The Butterball should not be confused with the FWD Special, a four-wheel-drive Indy car that Harry A. Miller built for FWD around 1932. That car ran at Indy through 1936. While its four-wheel-drive system worked fine, it had a variety of engine problems and also nearly ran out of gas in the 1936 race.

After World War II, Milliken borrowed the FWD Special and drove it in a number of SCCA and AAA races and hillclimbs. The old 1930s racer did better than it had at Indy and the benefits of four-wheel drive in races like the Pikes Peak Hillclimb were obvious. Apparently, this inspired Milliken to buy Butterworth’s four-wheel-drive car in 1951. It was rechristened the Butterball Special and did pretty good in some events.

Many years later, FWD Seagrave sold the Miller Indy Car, but they didn’t compound that mistake by selling the Butterball. Instead, they kept the car and stored it for 60 years. With the expansion of the museum, this car will eventually be seen by many enthusiasts. 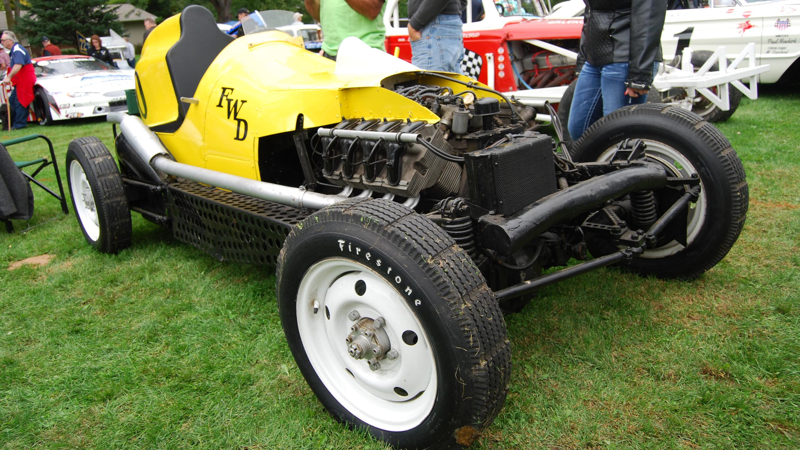