This 1937 Packard was originally owned by a customer of G3 Rods, a full custom car restoration shop in Rapid City, SD. However, the owner ended up having to sell the vehicle. Jay Gruba, owner of G3 Rods, purchased the car from the previous owner and made it a point to see this build through. The ’37 Packard started as a complete restoration job, but once G3 Rods had control of the project, they decided to make it something special. 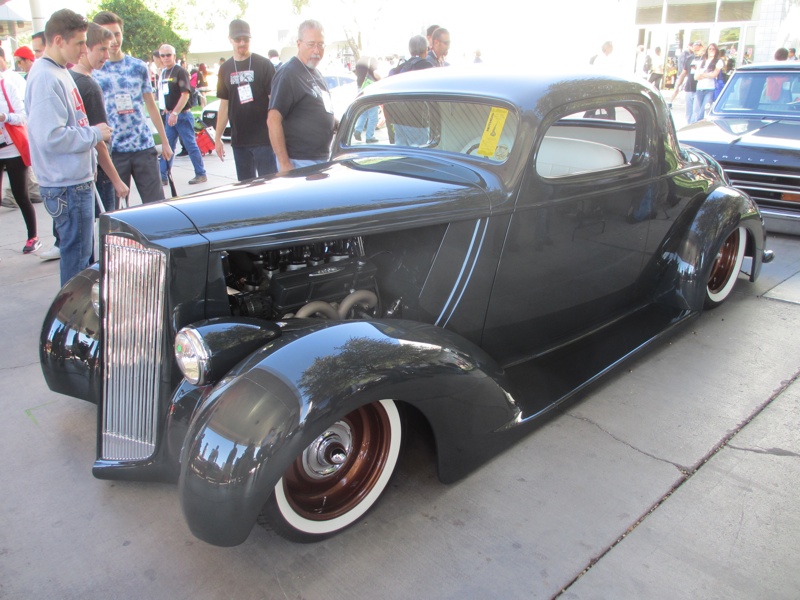 The Packard was on display at the 2014 SEMA Show and was perhaps one of the most show-stopping hot rods there. The Packard is sitting on an Art Morrison chassis with AccuAir suspension underneath. The body has been chopped, channeled, and shaved. It features custom hood sides, running boards and a lot of other subtle changes that G3 made to the body.

1939 Chevy headlights and taillights that are frenched in add to the car’s look, while a custom interior with all-white leather, and a custom gauge cluster courtesy of Classic Instruments makes the interior look as nice as the exterior. 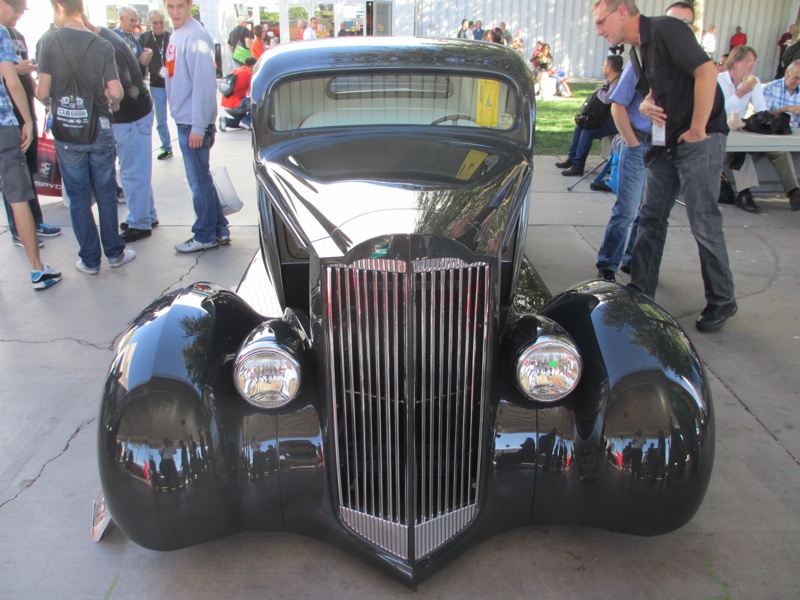 The ’37 features a 383ci stroker for some added power coupled with a 700R4 transmission. An Inglese eight-stack injection controlled by a FAST programmer gives the Packard the look of tradition with the modern accuracy of electronic fuel injection. The Packard puts out about 450 horsepower. A Ford 9-inch is the final piece to the drivetrain rounding out one of the most reliable and tried-and-true setups in the hot rod and custom world.

The Packard took just over a year to complete and that’s quite impressive considering that what the G3 crew started with was the rolling chassis and a stock body. Considering all the custom body work and modern updates that went into the vehicle these guys turned out one hell of a hot rod build. 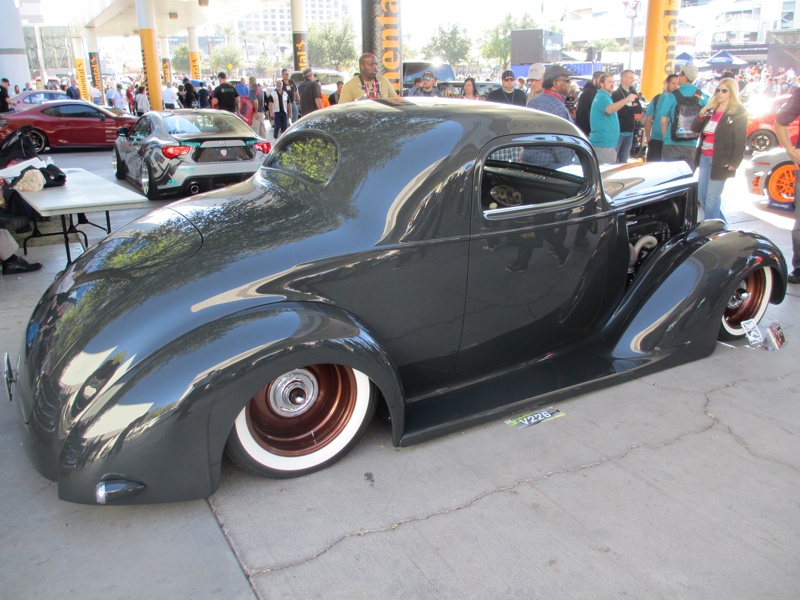 The paint was originally supposed to be a Ferrari shade, but G3 added to it to provide a very eye-catching shade of gray. The root beer-colored wheels were a fine compliment and the overall look of the ’37’s color scheme lends itself to the identity of the G3 Packard.

Loud paint is non-existent, as well as extreme body modifications, but there is no doubting that this ’37 Packard is a real beauty among hot rods.