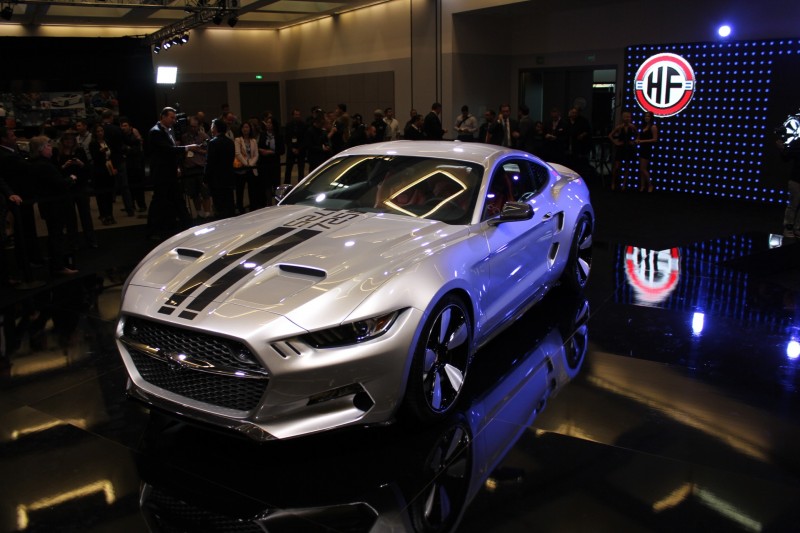 Fisker Automotive may be consigned to history, but that doesn’t mean we’ve heard the last from reputed Danish automotive designer, Henrik Fisker. Late last week, at the 2014 Los Angeles Auto Show, Fisker, in a collaboration with premier Mustang tuner Galpin Auto Sports, just released their improvisation of the 2015 Mustang.

In fact, to merely label the car as an improvisation of the 2015 Mustang would be somewhat inaccurate on our part. Called the “Rocket,” and proclaimed by those working on the project as “the ultimate American muscle car,” the car is more of a standalone car than merely a well-tuned Mustang. Fisker and Galpin kept most of the chassis and power-train components, but discarded  much of the rest of the car. The car employs a custom built and newly designed carbon-fiber body, along with a host of power-train modifications.

Employing the Mustang’s 5.0 liter Coyote V8, the Rocket produces a whopping 725 horsepower, partially by way of an added supercharger. The side-scoops have been accentuated and made larger, to hearken back to earlier Mustangs, as well as to channel air into the engine-bay to cool the V8. The massive 21 inch wheels are fitted with the latest and greatest from Brembo, evidenced by the massive 15 inch front rotors.

Fisker’s aim in designing the Rocket was to build a car that was more reminiscent of the ‘classic’ Mustangs of the days of old, including his favorite car, the 1968 Ford Mustang Shelby GT500. The Galpin-Fisker Rocket will be sold around the world through Galpin’s network of dealerships. The car will be built on an on-demand basis and should cost around $100,000, according to tentative estimates. 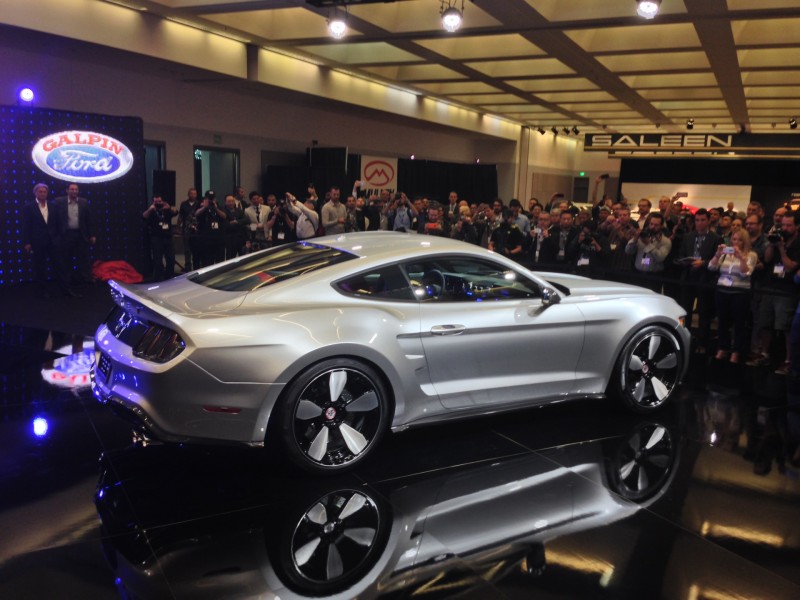