Gibbs Sports Amphibians is celebrating the recent appearance of its Quadski, an amphibious personal watercraft, in a Top Gear challenge race that airs in the U.S. on Monday, Feb. 17 on BBC America (at 8:30 p.m. EST).

Top Gear is the most watched factual TV show in the world with an audience of over 340 million worldwide. The UK-based BBC show critically reviews vehicles alongside extreme stunts, challenges, celebrity appearances and weekly features. Top Gear is hosted by Jeremy Clarkson, Richard Hammond and James May. 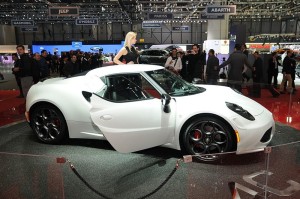 In the current episode (Episode 2 of Series 21), an Alfa Romeo 4C is pitted against a Gibbs Quadski on and around Lake Como in Italy, famous for its narrow winding roads and stunning views. The Quadski-Alfa Romeo challenge stars Richard Hammond, a popular presenter on the show since 2002, and Jeremy Clarkson, a key Top Gear presenter since 1988.

Hammond drives the Alfa 4C, a new lightweight, rear-wheel-drive sports car with a 237-hp turbocharged engine capable of 160mph which is new to the U.S. market in 2014, while Clarkson drives the Gibbs Quadski, a unique sports amphibian powered by a 140 hp BMW Motorrad engine.

Clarkson was able to drive the Quadski across Lake Como, while Hammond was forced to negotiate the course on land. Although Clarkson acknowledged that he could easily have won the race with his Quadski arriving at the finish line first, he conceded the victory to the Alfa Romeo with typically British eccentricity and sense of fair play.  Clarkson went on to praise the Gibbs Quadski for its reliability, adding that it “performed faultlessly.”

The Lake Como race marks the Quadski’s debut on Top Gear and follows the vehicle’s launch in October 2012. Gibbs has 21 retail locations in 11 states, including California, Michigan, Illinois, New York, Florida, South Carolina, Pennsylvania, Tennessee, Massachusetts, Texas and Louisiana. Gibbs plans to double this number by the end of the year.

Manufactured in Michigan, the Quadski features an advanced composite hull and patented water-jet technology. The Quadski is able to reach speeds up to 45mph on land and water and transition between the two in under five seconds. Its unique retractable suspension system provides superb ride-and-handling on land and retracts in seconds after entering water. Designed to meet applicable state and federal safety regulations, the Quadski is 10.5 feet in overall length; 5.2 feet in width and 4.3 feet in height with a wheelbase of 5.8 feet.

“We’re delighted that the Quadski was given the chance to demonstrate its capabilities on Top Gear,” commented Neil Jenkins, chairman of Gibbs Technologies Ltd. “The race was the perfect stage to showcase what personal sports amphibians are all about and I wouldn’t be at all surprised if the experience turns Clarkson into a Quadski owner!” 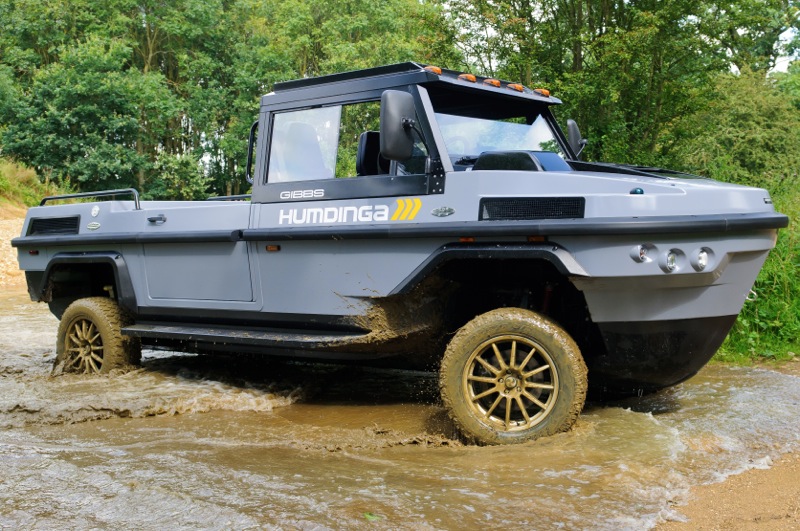 It’s a Humdinga of a Deal
And if the Quadski wasn’t cool enough, the parent company to Gibbs Sports just announced a licensing agreement with Singapore Technologies Kinetics Ltd (ST Kinetics) to manufacture and sell the Humdinga. That’s right, it’s a real Humdinga! ST Kinetics says it will be marketing these to municipalities in the S.E. Asian market as emergency/first responder vehicles, but it would also make an interesting new class in the Lucas Oil Drag Boat Series. Don’t you think? The truck/boat is equipped with a turbocharged diesel engine and is capable of reaching speeds in excess of 30 mph on water and highway speeds on land. It is the only truck in the world that can go faster than 9 mph on water.