General Motors Co. has joined other automakers promising an emissions-free future for cars by pledging to sell 20 all-electric vehicles by 2023.

GM’s lineup will offer both battery-powered cars and hydrogen fuel-cell autos, which also run on electricity. Two new EVs will debut in the next 18 months to follow the Chevrolet Bolt that’s been on sale for less than a year. 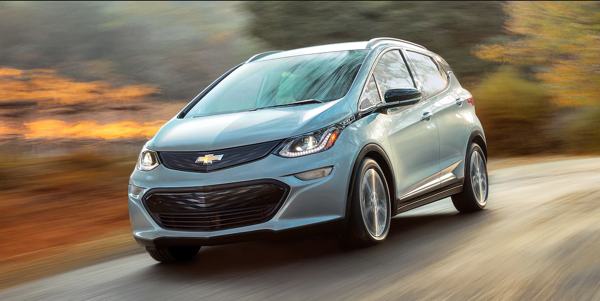 The planned lineup demonstrates GM is doubling down on electrification despite the Bolt’s slow start in U.S. showrooms and companies’ inability thus far to profitably sell EVs. The automaker has delivered fewer than 12,000 units of the battery-powered Bolt, which goes about 238 miles between charges. Deliveries have primarily been concentrated thus far in California, which mandates sales of emissions-less vehicles.

Carmakers are rushing to develop electric technology to meet tougher regulations around the globe. Almost 50 new pure electric-car models will come to market globally between now and 2022, including vehicles from Daimler AG and Volkswagen AG. Even British inventor James Dyson, known for his vacuums and fans, is getting into the game, announcing last week that he’s investing $2.7 billion to develop an electric car.

Despite GM’s commitment, Reuss said it’s impossible to predict when all new vehicles will have electric drive in any market. The technology has to improve, the world needs more charging stations and consumers have to accept them, he said.

“This is more than building electric vehicles,” Reuss said. “You can’t just flip a switch and make the world go electric.”