GoDaddy Inc. and Danica Patrick are teaming with Premium Motorsports for next month’s Daytona 500 Monster Energy NASCAR Cup Series race. The one-race deal will put Danica in the No. 7 GoDaddy Chevrolet Camaro, the same car number she competed with in her first foray into stock car racing at Daytona in 2010. 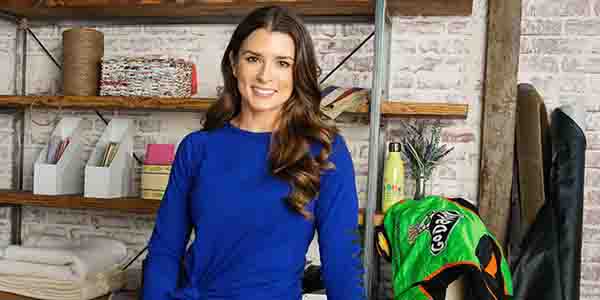 When Danica gets to Daytona, not only will she have a familiar car number, but she’ll also have a familiar face atop the pit box as crew chief Tony Eury Jr. will return to the NASCAR Cup Series garage to take the helm of the No. 7 GoDaddy Chevrolet team. Eury Jr. previously served as her crew chief when she raced in the NASCAR Xfinity Series from 2010 to 2012.

“I keep saying, I couldn’t have written a better story about how this would all fall into place – going with the flow is working out beautifully,” said Patrick. “I’ll be back in GoDaddy green, driving the No. 7 Chevrolet with Tony Jr. in my ear again. It all makes my last NASCAR race just that much sweeter.”

Eury agrees. “It wouldn’t be just any opportunity that could coax me back to the pit box, working with Danica and GoDaddy again at Daytona is going to be fun – when you can do what you love and be in your element … well, I can tell you, it doesn’t get any better. Danica and I have shared success before in Daytona, and she has a lot more experience under her belt now, so I look forward to seeing what we can achieve during Speedweeks.”

Premium Motorsports recently purchased the assets of Tommy Baldwin Racing. The NASCAR Cup Series organization will utilize the charter held by the No. 15 entry to field the No. 7 GoDaddy Chevrolet at Daytona. As a result, Danica will be guaranteed a starting spot in the 60th running of the “Great American Race.” The No. 7 GoDaddy Chevrolet will be powered by ECR Engines, which have earned more than 250 wins, including two Daytona 500 victories. In addition, the team will receive engineering support from Richard Childress Racing.

With less than a month to go before the Daytona 500, the race team, based in Mooresville, NC is working to put the finishing touches on the No. 7 GoDaddy Chevrolet.

“We’ve been working on this behind-the-scenes for a while,” said Premium Motorsports team owner Jay Robinson. “Now that we’ve finalized the deal, we’re 100 percent focused on getting the No. 7 GoDaddy Chevrolet ready for Daytona. Our team finished eighth in Daytona 500 last year and I know everyone here at Premium Motorsports is prepared to give Danica the best opportunity we can to get another great result as she runs her final NASCAR race.”

Just last week, GoDaddy and Danica announced their plan to work together again with primary sponsorships in both the Daytona 500 and Indianapolis 500. Her final two races, being dubbed the “Danica Double,” mark an end to what is considered the most successful career of any woman in racing history – and the beginning of Danica’s next chapter as an entrepreneur and business owner. In addition to the high-profile race sponsorships, GoDaddy is supporting Danica’s life-after-racing by powering the online presence for her business endeavors related to health, apparel and wine – all of which are enriched with her brand and GoDaddy’s savvy in helping people turn their business dreams into reality.