The Goodyear Tire & Rubber Co. launched its fifth annual “Goodyear Gives Back” program, which is a charity that benefits the Support Our Troops organization. 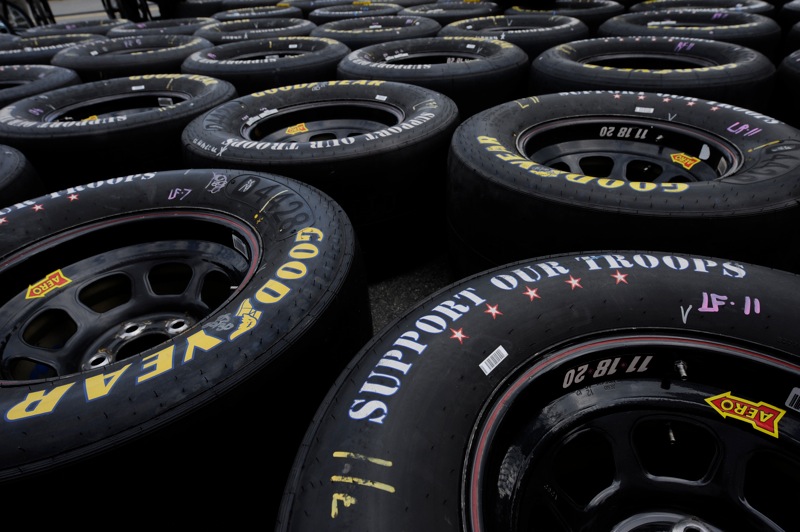 Recently, Danica Patrick sat down to talk about the Memorial Day weekend race, the Coca-Cola 600 in Charlotte, and also talked about the Goodyear Gives Back Program and how they plan to help raise money for the non-profit organization. As part of the program, Goodyear will replace the “Eagle” sidewall design on its NASCAR race tires with “Support Our Troops” messaging on all tires used during Memorial Day weekend at Charlotte Motor Speedway. This coincides with the launch of the Goodyear Gives Back charity auction, which features autographed NASCAR memorabilia, VIP race experiences and rides on the Goodyear Blimp.

Goodyear will match funds raised through the charity auction up to $50,000. Proceeds benefit the nationwide organization that works to bolster the morale and well-being of America’s troops and their families. The Goodyear Gives Back program has provided more than $800,000 in cash and product to help troops and their families over the last five years.

“The Goodyear Gives Back program continues to be one of the most visible symbols of military support during the Memorial Day race weekend,” said NASCAR President Mike Helton. “We hope that Goodyear’s efforts, along with our ‘NASCAR: An American Salute’ initiative, will encourage fans to show their support for the men and women who serve in the U.S. military.”

The Goodyear Gives Back program lasts through July 31.