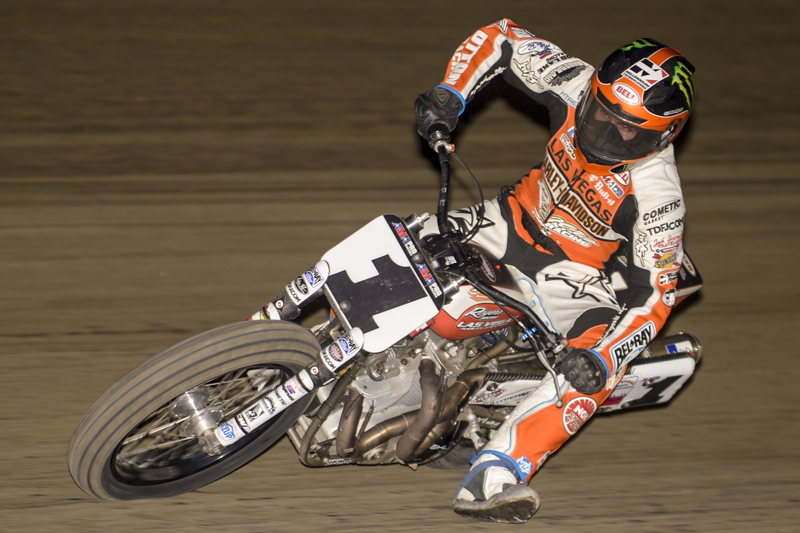 “It’s awesome to get this championship,” said Mees, who rode a Rogers Racing Las Vegas H-D/Blue Springs H-D Harley-Davidson XR750 motorcycle in the Grand National twins events. “Last year when I won it, I said that one meant the most to me. But now here I am and it just gets sweeter and sweeter every year. Thanks to Harley-Davidson and everyone at Rogers Racing for putting me on a fast motorcycle all season.”

Mees came to the AMA Finale with a seven-point lead over Bryan Smith, with Harley-Davidson Screamin’ Eagle Wrecking Crew rider Kenny Coolbeth Jr. just 20 points back in third place. Mees clinched the championship when Smith and Coolbeth did not qualify for the main on the Orleans Arena short track.

Mees emerged as champion through consistent performance on the track. The 29-year-old racer from Clio, Mich., had a single victory in 2015 but notched nine podiums and only twice in 13 races failed to finish out of the top 10. Mees also won the Grand National championship in 2012 and 2014. Mees began racing as an AMA Expert in 2003 and has won 16 times in Grand National competition.

“Harley-Davidson congratulates Jared Mees on becoming a deserving three-time champion,” said Kris Schoonover, Harley-Davidson Racing Manager. “And a huge thanks to all of the Harley-Davidson racers who made this one of the most thrilling Grand National seasons in memory.”

Mees wrapped up the season with 204 points. Harley-Davidson will be back as a sponsor of the AMA Pro GNC1 series in 2016.