When Harold Coker opened Coker Tire Company in 1958, he was hopeful that his business would succeed. Few could have imagined what that business would eventually become. On Sunday November 16, 2014, Harold Coker passed away at 84 years of age, leaving behind a loving family, countless friends and a remarkable legacy. 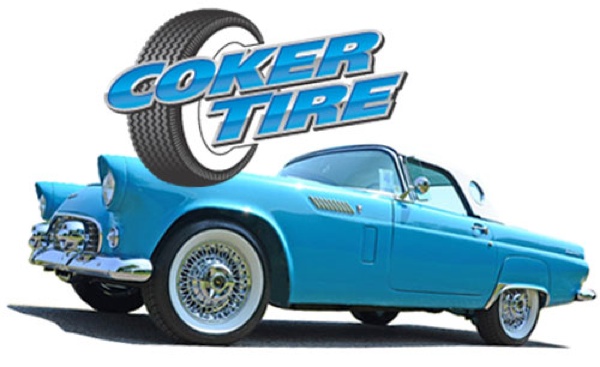 Harold Coker’s impact affected not only his hometown of Chattanooga, Tennessee, but also contributed to the lives and success of many people around the world. In his faith, family, through collector cars, politics and in his business dealings—Coker led by example, leaving a lasting impression on the lives of many through the years. He was the quintessential southern gentleman, respected by family, colleagues and by those across the aisle in his political career.

Harold Coker was a pioneer in the automotive aftermarket, seeking out molds for obsolete tires and licensing them, virtually creating the collector vehicle tire industry in the process of simply trying to provide authentic tires for antique automobile collectors. This passionate endeavor earned him a place in the prestigious Tire Industry Association Hall of Fame just two weeks prior to his passing.

Without question, Coker always felt compelled to give back to the community that was so much a part of his success. After becoming involved in local politics in the 1980s, he was called the father of the Hamilton County Republican Party, ran for U.S. Congress in 1988 and served on the Hamilton County Commission for 20 years, playing critical roles in the development and growth of Chattanooga’s current landscape. High points in Coker’s contributions include key roles in the acquisition and development of Enterprise South Industrial Park, which is now home to Amazon and Volkswagen Group of North America. He also served on the board responsible for bringing the residential fiber optic network to Chattanooga area residents.

The Coker Tire Company started more than 55 years ago by Harold Coker, continues to thrive as the world’s largest supplier of tires and wheels for collector vehicles. Harold’s son Corky Coker serves as CEO of the company, while Wade Kawasaki oversees operations as president. Harold Coker’s influence appears throughout the company’s day-to-day operations, and his legacy serves as the ultimate story of faith, family and success.