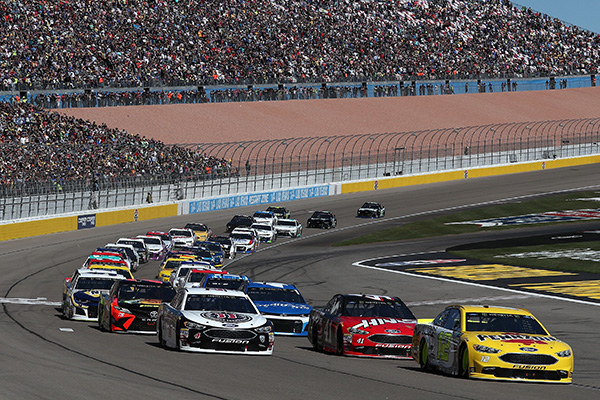 “Congratulations to Kevin on his 100th career NASCAR win,” said Doug Yates, president and CEO of Roush Yates Engines. “Kevin, drove a great race and the Ford Fusions ran strong all day. Ford Performance teams have started strong this year and we are proud to power the Ford Fusions with the Ford FR9 engines.”

From the second lap of the race the No. 4 Harvick, with the Ford FR9 horsepower, took control to win both stages. Harvick led the most laps by a winner at Las Vegas Motor Speedway with a total of 214 laps out of a 267 laps, on his way to recording his 13th win on a 1.5-mile track. 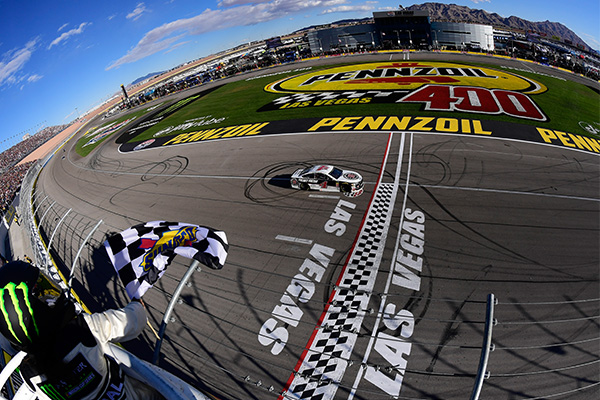 Harvick commented on his 100th win in victory lane, “I think as you look back and you look at all the different wins and the wins that we have had here and at KHI and Richard Childress Racing and Junior Motorsports. All the different vehicles I have been fortunate to drive, and there have been a lot of good ones. I know how hard it is to get to victory lane and to know we have been there 100 times is something I almost can’t fathom.” 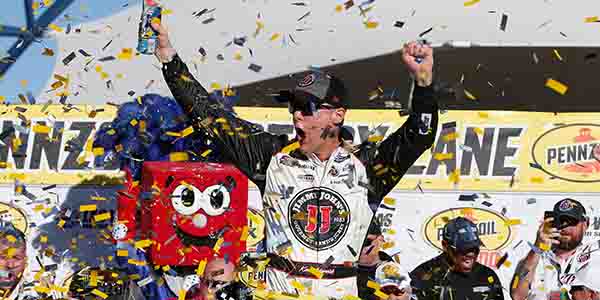 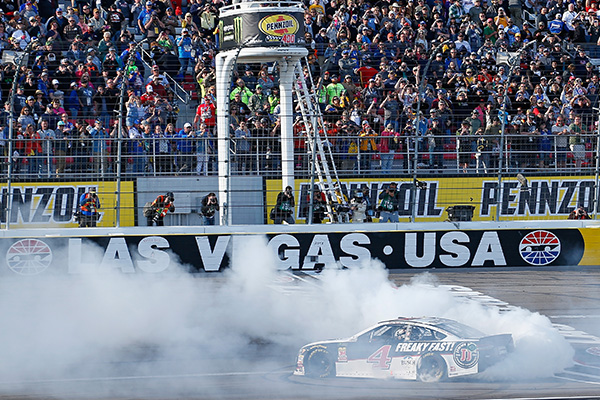 The Fords will travel to the second stop on the west coast swing at ISM Raceway in Phoenix, Arizona this weekend to see if they can make it three in a row. Reference the full 2018 schedule on www.roushyates.com.