Advancing to the Championship Round of 4, Kevin Harvick won his first race at Texas Motor Speedway in the Monster Energy NASCAR Cup Series Playoffs. Stewart-Haas Racing teammates, No. 41 Kurt Busch won the MENCS pole and No. 4 Harvick secured the checkered flag in the AAA Texas 500. 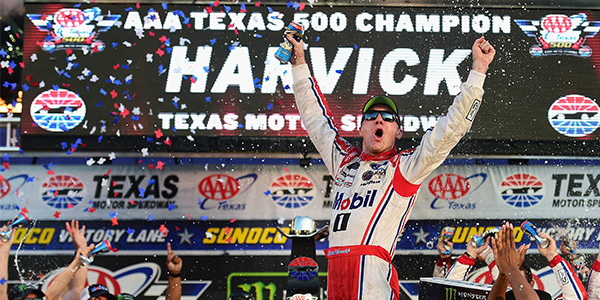 The Ford Stewart-Haas Racing teams ran strong all weekend starting with the No. 41 Busch winning the 280th overall pole for Roush Yates Engines at Texas Motor Speedway on Friday night. Busch recorded the fastest lap ever on a 1.5-mile track at 26.877 seconds, running 200.915 mph.

Busch led the field of 40 cars to the green flag on Sunday, but it was Harvick that kept powering to the front of the field to take the first stage win. Harvick went on to lead five different times throughout the race, leading a total of 38 of the 334 laps in the AAA Texas 500. 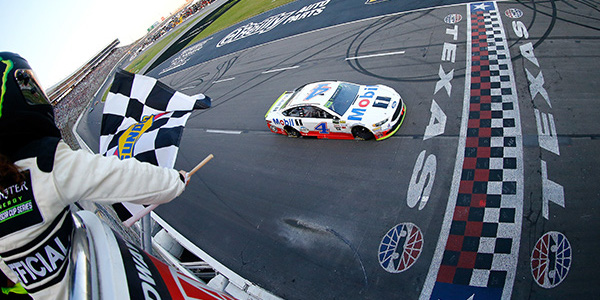 Harvick leveraged the horsepower of the Ford FR9 EFI engine to make the final lead change with 10 laps left in the race, passing the No. 78 Martin Truex Jr. and built a 1.580-second margin of victory at the finish to clinch an automatic spot in the Championship Round of 4.

“It’s all about putting it all together on the right day,” said Rodney Childers, No. 4 Crew Chief. “Some days that’s hard to do. But we’ve got a great group that has worked really hard back at the shop building a great racecar. Doug and all his guys at the engine shop (Roush Yates Engines) have worked day and night trying to get their side of it better. Everybody at Ford has done anything we’ve asked them to do. Keep pushing to try to make each other better. It’s been a team effort.” 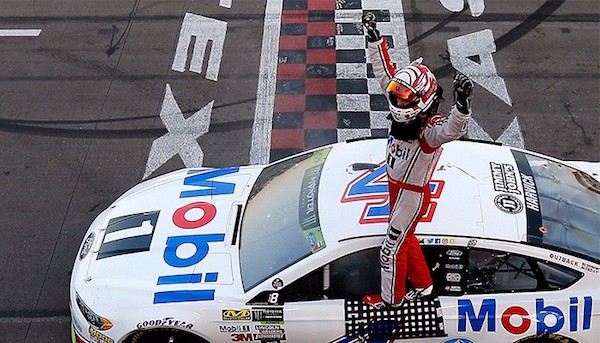 This marked Harvick’s second win of the season and first on the 1.5-mile Texas Motor Speedway track. Harvick will now make his third championship appearance of his career at Homestead-Miami Speedway.

The Ford teams will take this momentum into Phoenix this weekend and look to capitalize on securing additional drivers in the Round of 4.