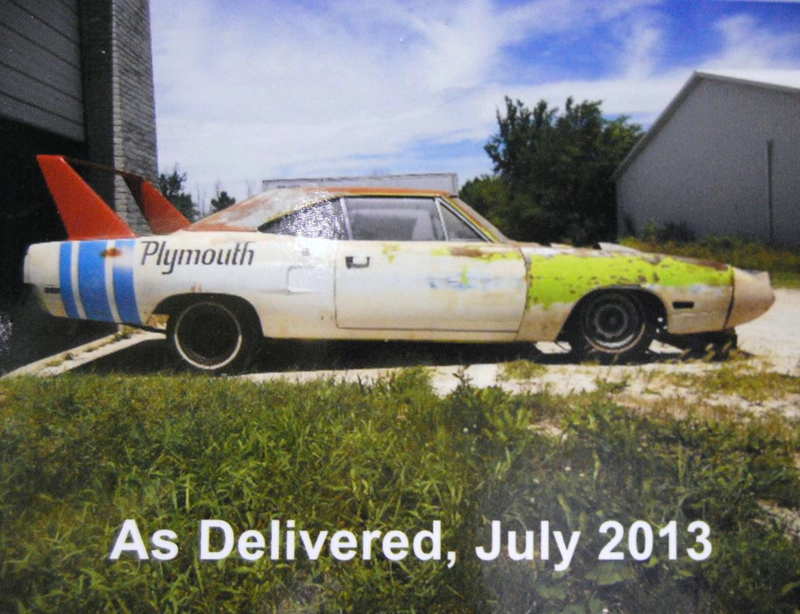 When he was 18 years old, in the summer of 1971, Mike Fitzgerald of Mustang, Okla. had the chance to drive a Plymouth Superbird with a six-pak engine. He kind of fell in love with the car. A year later, he was driving to a river in the town of Talequah to do some canoeing. While creeping slowly through Hulbert-a town known for its speed trap-he spotted a red wing sprouting from the tail of a Superbird. Naturally, he had to turn around and take a look at it.

The Plymouth had actually been painted red, white and blue and had red, crinkle-finish sprayed on the top. It turned out to be a Hemi Superbird. The engine had spun a bearing. “That didn’t matter,” Fitzgerald said. “I had to have it anyway.” He found the owner of the car and he agreed to sell it for $1,000.

The car was in pretty rough shape. In the trunk was the pieces of the engine, which had been torn apart. Included inside the trunk were three sets of pistons. The trunk couldn’t even be completely closed.

Fitzgerald had to plead with his father, to get him to sign a note for the car. Mike had to put his ’69 Road Runner and an old truck he owned on the note, too. Somehow, he got this all done and, within a two-week span, he was ready to go get the car. He paid an additional $50 to have the car towed to Tulsa.

Fitzgerald wanted to trace the car’s history. He heard from his cousin that a couple of Native Americans had bought two green Superbirds. The story was that they had an accident with one car. Supposedly, the car had slid off the road into gravel and then ran into a propane truck. It struck a valve, causing a spark and the propane ignited, scorching the left side of the car. The car’s left side marker lamp melted. Some Bondo was used to repair the side and the nose of the car. The story said that an ironworker foreman from Hulbert bought the car. It had a reputation as a fast car that local racing enthusiasts had high respect for. 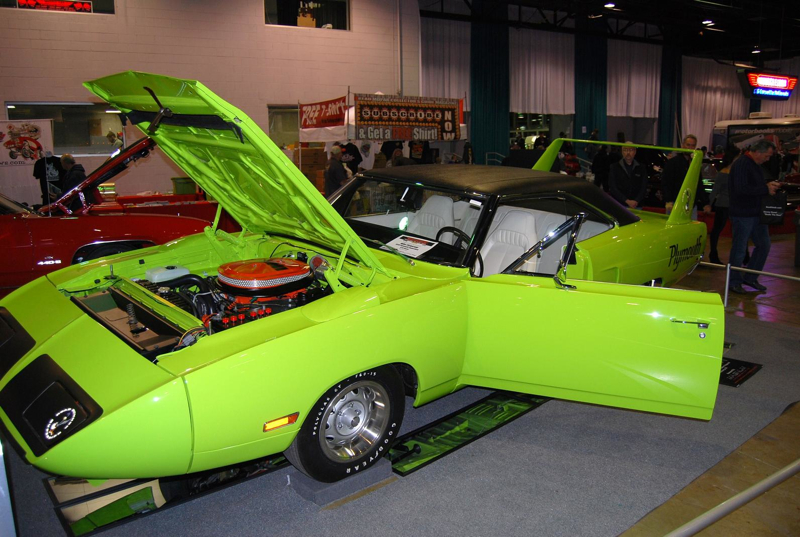 About 10 years ago, Fitzgerald went to Hulbert and spoke with two members of the iron working crew. He told them about buying the Superbird and one man asked if the car was red, white and blue. He said he remembered it and remembered when Fitzgerald bought it. “I thought you were a stupid kid buying a car like that,” he admitted. Then, he added, “Look who looks stupid now!”

Fitzgerald said he was approached many times about selling the car. “I was tempted at times, but I love this car,” he explained. “She has been with me a long time.” The closest he came to parting with the Superbird was a trade deal he was offered that would have given him a ’70 Hemi ‘Cuda and $20,000.

Fitzgerald really wanted to restore the car himself and use it as his daily driver. Months turned into years and years turned into decades and he never did more than start his restoration, but he kept the car wherever he moved.

One day—40 years after he purchased the car—he saw a photo of a Limelight Green Superbird on eBay. He felt like he had to call about the car. When he did, he spoke to a man named Mark at Magnum Auto Restoration, Inc. in LaSalle, Ill. Eventually, he wound up taking the car there to have it restored. Since then it has been a show winner and a magazine feature car.