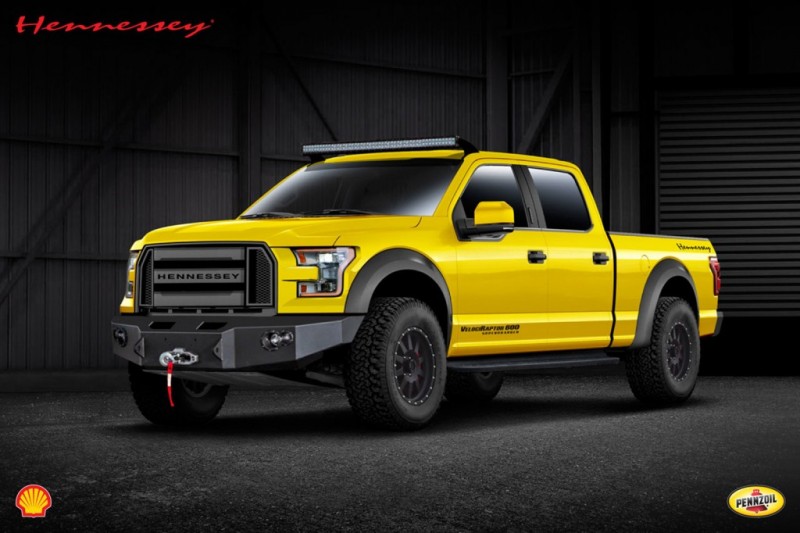 With the new Raptor not coming out for a little while, some may be wondering what performance options are available for the new 2015 F-150. If you’ve got plenty of room in the budget, you may want to consider the newest offering by Hennessey Performance Engineering.

The Texas company has just unveiled the VelociRaptor 600 Supercharged, which gives the 385 horsepower stock F-150 quite a boost. Hennessey fitted the F-150’s 5.0 liter V8 with a supercharger producing 8 psi of boost. Also added were high-flow intake and exhaust and a much improved set of fuel injectors. Hennessey also went to work adding all of their proprietary tuning and calibration to the engine.

Producing more than 600 horsepower, the VelociRaptor 600 Supercharged also comes equipped with 33 inch BF Goodrich tires on 17 inch wheels.  A host of suspension and cosmetic upgrades also come with the new rig, which sells for a price of $73,000. Hennessey announced that they would only produce 500 of the VelociRaptor 600 Supercharged but also confirmed that they are working on a similar version of the F-150 EcoBoost V6. 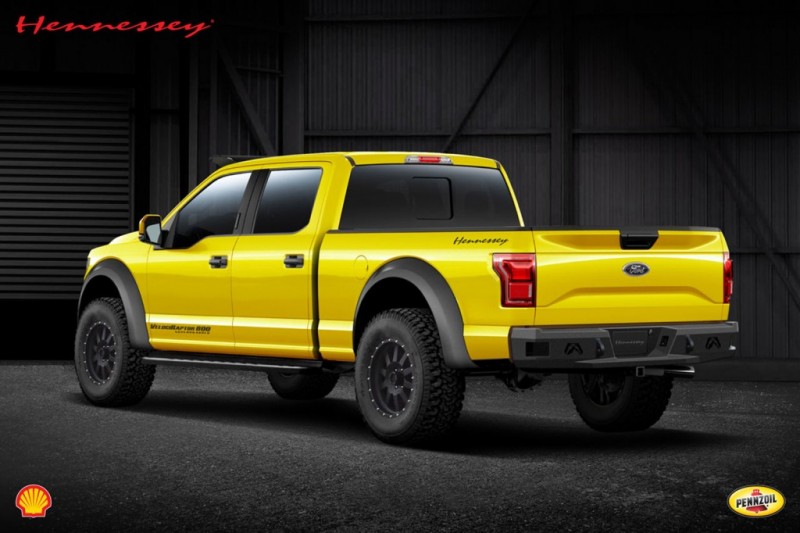