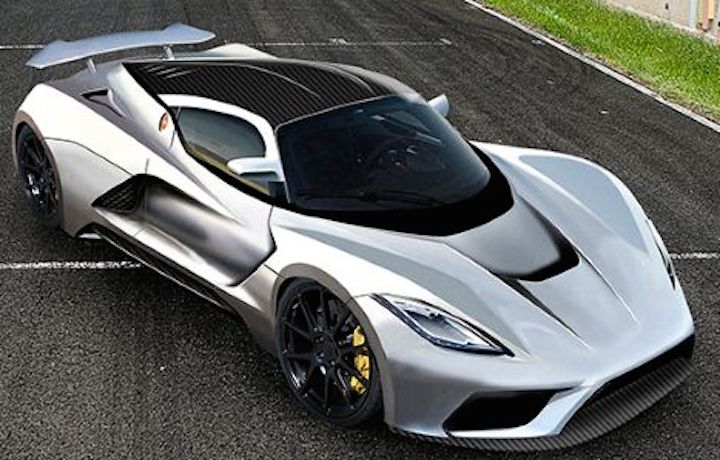 For some reason, John Hennessy and his crew are not satisfied with the land-speed record holding Venom GT and are aiming to reach its maximum potential.

In order to actually reach 290 MPH, the car will need upgrades such as a twin-turbocharged 7.0-liter V-8 engine, plus heavily reworked aerodynamics to improve the ease with which the Venom F5 will reach over 1,400 horsepower.

That smart new bodywork, wrapped around a developed version of the mutated Lotus Exige frame that underpins the Venom GT, is far more than just show. The current Venom GT’s drag coefficient of 0.44 is targeted to fall below 0.40—not a small feat for a car that also produces significant downforce.

When going on sale next year, the F5 will also pack an optional single-clutch paddle shift gearbox and a GPS-based traction control system that will know the track before you could even get there(it even has the Nürburgring mapped).

The Venom F5 will debut next year, with first deliveries reaching customers in 2016. A production run of over 30 cars is planned. Prices are yet to be confirmed, but we’re told the F5 will cost more than the $1,200,000 Venom GT.

That’s a lot of cash, but possibly a lot of speed. Hennessey is adamant his 290mph-plus claim won’t remain merely theoretical, and wants the F5 to secure the production car speed title completely.

“With the F5, we definitely want to validate its top speed potential,” says Hennessey. “We’ll probably go to Bonneville. But running on the salt flats is a challenge, for sure.” Fourteen hundred horses, rear-drive, and a slippery salt surface? Sounds like a challenge to us.