In a move to broaden the scope and quality of historic and vintage automobile racing across the United States, General Racing Ltd. will merge with Sportscar Vintage Racing Association (SVRA), effective immediately. 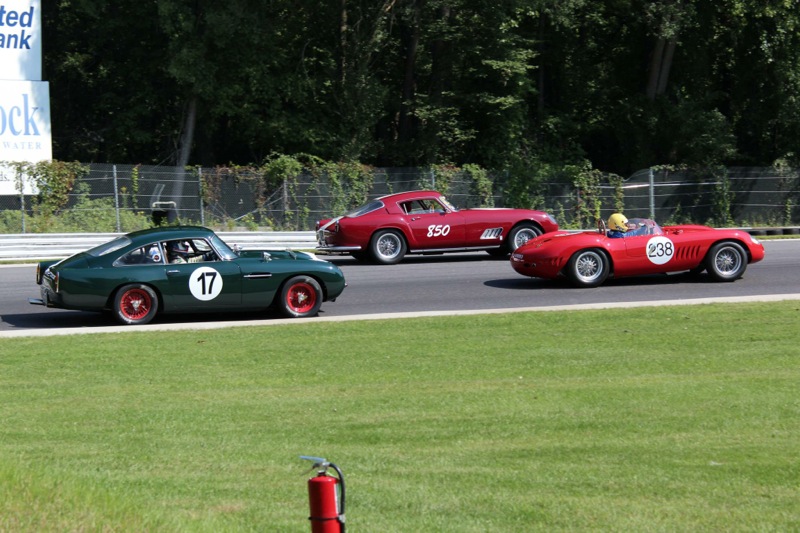 Tony Parella, CEO of SVRA, the only national vintage racing organization in the U.S., has put forth a major effort to re-organize the SVRA after taking over the reins two years ago. In a relatively short time, Parella has taken SVRA events to some of the most important race tracks in the country, including Indianapolis Motor Speedway, Sebring (Fla.), Road America (Wis.), Watkins Glen (N.Y.),VIR (VA.) ,Pocono (Pa.) Raceway, Cal Speedway(CA) the Mid-Ohio Sports Car Course and Circuit of the Americas in Austin,Texas, where the rapidly-growing organization hosted the first U.S. Vintage Racing National Championships in 2013.

After Steve Earle founded General Racing Ltd. in 1970, his vision forever changed the vintage racing landscape. In 1974, with the support of Pebble Beach Concours d’Elegance organizers, he launched the inaugural Monterey (Calif.) Historic Automobile Races at Laguna Seca Raceway. It was a huge success and sparked the interest for what would become the world’s premier historic auto race.

That spawned additional General Racing events, including the Portland (Ore.) Historic Automobile Races, the Coronado (Calif.) Speed Festival, special events at the Long Beach (Calif.) Grand Prix and the Kansas City Historic Grand Prix, as well as the Wine Country Classic at Sonoma (Calif.) Raceway, which celebrated it’s 28th season in 2014, the fifth under the banner of the Sonoma Historic Motorsports Festival.

With the merger, Earle will act as an advisor to the SVRA on the organization of its national historic and vintage events throughout the U.S., including the Sonoma Historic Motorsports Festival, which will continue under the aegis of SVRA, on May 28-31, 2015. Initially, he will focus his attention on SVRA’s Gold Medallion Program as a member of SVRA’s executive team.

The Gold Medallion Program is intended to identify and reward owners who prepare their vintage race cars “as originally raced,” reflecting the configuration the car would have raced when new. This program reflects SVRA’s commitment to quality and historical accuracy, principles the organization considers essential to the vintage racing experience and growing the sport of vintage racing.

“I am thrilled to have Steve Earle join our team,” said Parella, “Steve shares our vision and focus on developing national vintage racing. He has shown himself to be an extraordinary leader throughout his career, and has a proven track record in identifying, encouraging and celebrating authentically prepared cars. His view of vintage racing cars and events is a perfect match for the goals of SVRA.”

“I am excited to join the SVRA team,” said Earle, “I have been involved in vintage racing at all levels for over 40 years. I look forward to lending my experience and knowledge to help and support the growth of SVRA through the Gold Medallion Program, which will benefit the individual vintage racer, and the community as a whole.

“There is a recognized need for car period-authenticity and preparation as well as events that embrace it,” added Earle. “I’ve been impressed with Tony Parella’s vision and determination to open the doors for those who share similar interests in the historic significance of the cars they and their competitors enjoy owning and racing.”