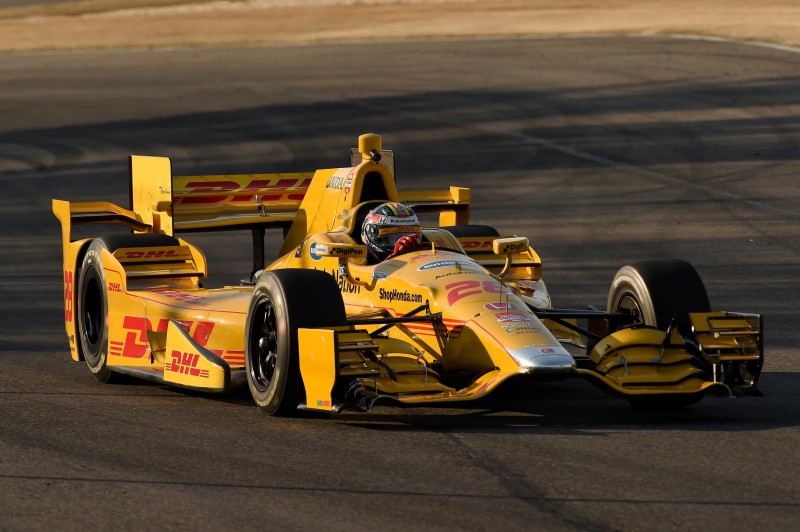 Honda Motor Company, through its American subsidiary, the American Honda Motor Company, and Honda Performance Development(HPD) announced their motorsports overview for North America in 2015. The release outlines the programs and prospects to be found in the company’s vast involvement in motorsports, as well as a guide for prospective drivers. The full release is contained below:

Through the Honda Racing Line, Honda makes on-track competition accessible through affordable products and a racer support program in open-wheel, short-track, and touring-series racing. Honda has developed a system which powers a racer’s passions at nearly any level of the sport.

Honda offers a strong ladder platform, extending over customer racing pursuits in sports car, Formula racing, karting and production cars. In 2015, Honda will not only continue building upon this ladder, it will underscore the youthful and innovative spirit of our customers and their exciting stories as they progress up the ladder.

Launched in 2009, HPD’s Honda Racing Line is a program targeted at licensed grassroots motorsports participants competing in sanctioned amateur and entry-level professional racing in the USA and Canada.

The Honda Racing Line provides a wide range of goods and services highlighting Honda’s exciting and fun automotive products. This includes, but is not limited to, racers participating in:

Whether our customers love to race their own Hondas in sanctioned motorsports events, or cheer their favorite cars and drivers to victory, American Honda’s motorsports initiatives seek to bring the excitement of Honda Racing closer to consumers.

At Honda, racing offers much more than an opportunity to highlight the quality of our products or our on-track accomplishments. We hope that in 2015, the sport of racing will be more fun for our customers because of Honda products.

One of this country’s most popular entry-level racing categories, quarter midgets, receives support from HPD and Honda Power Equipment, which provides Honda GX engines, parts and product support to quarter-midget racers competing in events sanctioned by organizations such as the United States Auto Club and the Quarter Midgets of America.

The HPD Honda GXH50 Kid Kart engine is designed to improve quality, reliability and balanced performance at a low cost to the competitor. In 2015, through the Honda Racing Line, karters and other racers can arrange direct, door-to-door delivery of parts, and complete engines. HPD can even provide a suggested rules package to start a series

Today, many young racers gain their first racing experiences in karting. Recognizing this, HPD turned to Honda Motorcycle’s CR™125 engine. Honda CR125 engine parts and rebuild kits became available to both competitors and engine shops in 2011. In 2012, the program expanded to include the four-stroke CRF™250 engine.

The Honda CR125 engine is featured in the popular Spec Honda and Stock Moto classes by a variety of karting sanctioning bodies. In 2015, the Honda Racing Line continues to offer racers a new source for CR125 parts, engine-rebuild kits and technical support. As in club racing, HPD offers contingency award programs to kart racers competing in numerous organizations, including the WKA and SKUSA.

In addition to the CR125 engine kit, Honda’s more powerful CRF250 engine comes completely assembled and ready to install in a kart chassis.

The CBR600 in-line four-cylinder motorcycle engine will be utilized in SCCA’s F600 class, which is another popular low cost option to get started in open wheel racing.

The “aero kit” includes nearly 200 individual pieces, and was developed utilizing the latest in Computer Aided Design (CAD) and Computational Fluid Dynamics (CFD) technologies concepts were validated using the Driver-In-Loop (DIL) Simulator, which minimized waste at the prototype stage and allowed aerodynamic direction to be determined prior to the creation of full-size components. Components went through wind-tunnel testing prior to six days of on-track testing at various North American circuits. In addition to improving performance, aerodynamic safety was a primary consideration in “aero kit” development.

HPD provides parts, engineering development and technical support to teams competing in both series, from longtime Acura stalwart RealTime Racing and the multi-car efforts of Compass360 Racing to the smallest teams making their initial forays into professional racing.

Led by the most successful driver in Acura history, Peter Cunningham, RealTime has waved the “Caliper A” banner in professional competition since 1996, winning races and championships in every division of the series with an assortment of race-tuned Acura products including the TSX, RSX, NSX and Integra.

RealTime debuted the new Acura TLX GT in the World Challenge Grand Touring category in 2014, and has expanded to a two-car program in 2015. A number of teams run the Honda Civic Si in the Touring Car (TC) class, including Toronto-based Compass360, which returns with a multi-car program in 2015 as it helps defend Honda’s TC manufacturers’ and drivers’ championships.

HPD supports amateur racers taking part in SCCA and NASA club events across the country, as well as at licensed “track day” events, solo and autocross competition, rallying and in various “spec” categories such as Ariel Atom and Honda Challenge events.

HPD joined with Mazda to introduce the new entry-level “B-Spec” category,  initially in SCCA club racing and now in the professional-level SCCA Pirelli World Challenge.  Other manufacturers have joined the category, with eligible models from Ford, Nissan, Mini, Chevy, Mazda and Kia. The B-Spec category continues to grow and prosper.

The Fit utilizes the same competition components introduced with the debut of B-Spec racing at the 2010 25 Hours of Thunderhill by Team Honda Research West, including the roll cage, suspension, camber adjusters, brake lines, brake pads and exhaust system. The transition from pavement to dirt is completed by raising the car on its suspension and installing off-road tires specific to the conditions.

The Manufacturers’ National Championship pits Rally America’s most commonly found manufacturer brands – such as Honda, Subaru, Ford, Mitsubishi, and Volkswagen – against one another. Every driver in the Overall, SP, 2WD and B-Spec Classes has a stake in the manufacturer’s outcome, as the top finishing car in each category wins that driver’s brand a total of 22 points after each round.

Recognizing the need for a modern engine in Formula F, the traditional “first step” for a young driver towards a career in professional racing, HPD introduced a race-ready version of the Honda Fit engine in time for the start of the 2010 season.

The engine has proven to be equal in power to the traditional “Kent” powerplant, and far superior in reliability and longevity.  It has helped revive Formula F club racing, and 2011 saw further growth for Formula F with the introduction of a pair of professional Formula F racing series – one based in the eastern United States and the other on the West Coast – that further boosted participation in the category.

Following a successful introduction of the Honda Fit-based Formula F engine in 2010, HPD continues to expand its grassroots motorsports offerings via the next rung on the performance ladder: the new 220-270 bhp K20 engine, adaptable to a wide variety of grassroots motorsports applications, from autocross and rallying to open-wheel Formula Atlantic competition.

Developed from the 2.0-liter engine used in several Honda passenger-car models, a prototype of the HPD K20 race engine was first displayed in December 2010, at the Performance Racing Industry Show (PRI) in Formula Atlantic guise.

Formula Atlantic was revived as a professional racing category for 2014, and an eight-race schedule has been announced for the Atlantic Championship Series in 2015.

In addition to Formula Atlantic, the K20 engine may be used in several other racing categories, including GT, ST and Sports Racing classes. Other potential competition uses for the engine include autocross, drifting, Rallycross and rallying. 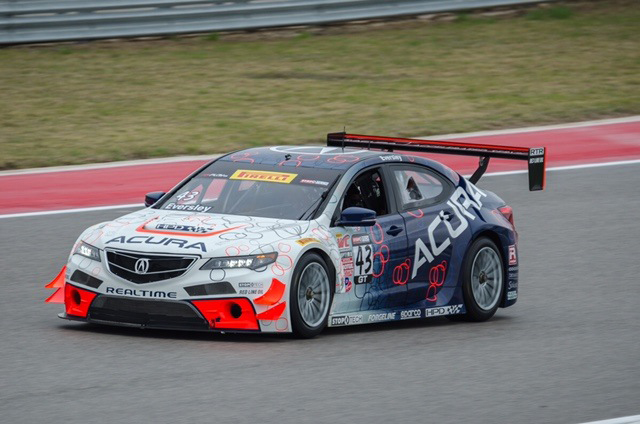