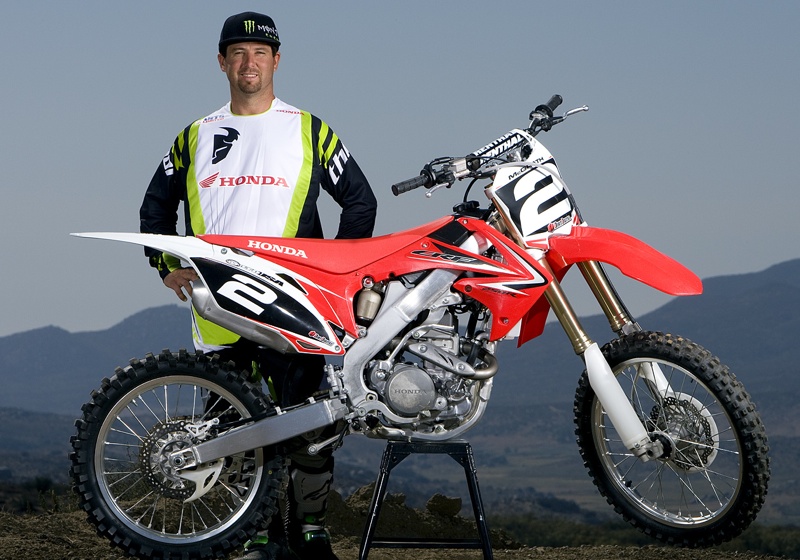 American Honda has thanked Jeremy McGrath for his many years representing the brand while racing and riding Honda CR and CRF machinery. When he rode for Team Honda during his racing career, Jeremy McGrath won four-consecutive premier-class AMA Supercross titles from 1993 to 1996. He also earned the premier-class AMA Motocross crown in 1995 aboard a Honda, as well as the ’91 and ’92 AMA 125 West Supercross championships.

After moving on to race for other manufacturers and eventually retiring from professional supercross and motocross racing in 2003, McGrath rode Hondas in Supermoto competition for a time and has served as an ambassador for the brand and a test rider for the factory motocross team.

“We’re proud of what Jeremy and Honda achieved together during his incredible racing career,” said Bob Gurga, vice president, motorcycle division. “We’re grateful for his representation of the brand during those years and also following his retirement, when he represented Honda as an ambassador and test rider. Jeremy is a consummate professional and is still the king of supercross. We wish him all the best in his future endeavors and will always consider him a part of the Honda family.”