If any single element defines the new Lexus RC F as a thoroughbred performance machine, it is its new V8 engine. The most powerful V8 Lexus has ever produced for a road-going car, it benefits from detailed design and engineering to deliver an exhilarating experience, from the moment the driver presses the throttle. 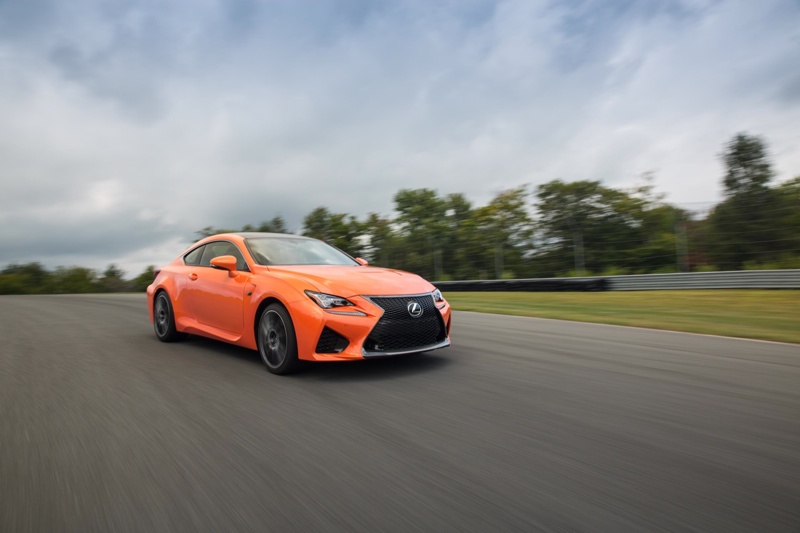 It isn’t just about power, however. This is an engine that is smooth, responsive and, thanks to its ability to switch between different operating cycles according to conditions, highly efficient. Its qualities are perfectly matched by the latest development of Lexus’s eight-speed Sports Direct Shift transmission.

The 5.0L 32-valve unit has evolved from the engine featured in the previous IS F model, but comprehensive changes have taken performance and driveability to a higher level.

Maximum power is up by 12 percent – 54 hp – to 471 hp and the rev limit has been increased from 6,800 to 7,300 rpm. The influence of the V10 deployed in the LFA is evident in the instantaneous, palpable torque delivery as the driver increases pressure on the throttle pedal. The higher, 12.3:1 compression ratio boosts torque across the entire rev range, with maximum output rising to 390 ft.lbs., available from 4,800 to 5,600 rpm.

Specific measures were taken in the engine’s design to raise engine rpm, including the use of titanium inlet and exhaust valves, new high-strength forged connecting rods and new main-bearing materials. 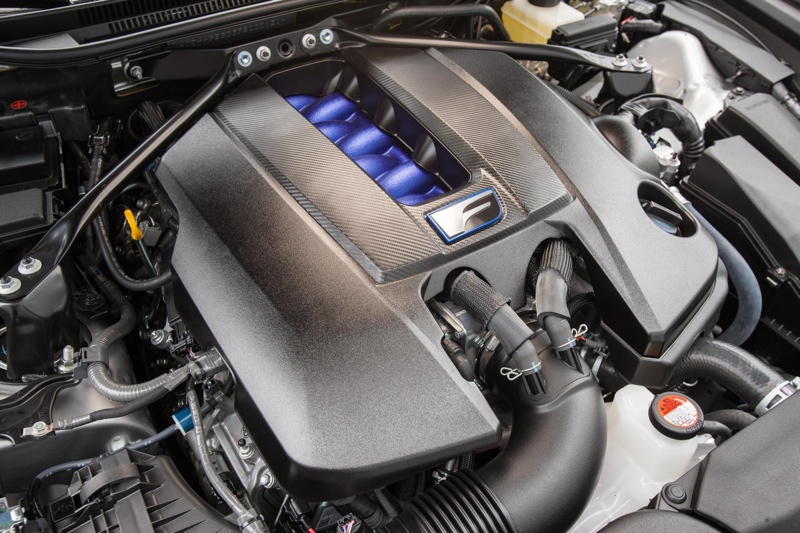 Maximum speed is electronically governed at 168 mph; zero to 62 mph can be dispatched in 4.5 seconds; and a 400 meter sprint from standstill takes 12.5 seconds. The raw performance data tells only part of the story, however. The RC F has been designed to deliver exception driver rewards in terms of grip, handling and involvement.

Uniquely for a Lexus performance engine, the V8 switches to the more fuel-efficient Atkinson cycle when operating at cruising speeds, reverting to the Otto cycle for higher performance driving.

It uses Lexus’s VVT-iE electric motor-driven intelligent variable valve timing, with a new intake camshaft profile to increase valve lift. The valve-timing technology has been redesigned to extend the range of inlet camshaft timing adjustment for the Atkinson cycle: the inlet valves are held open longer than usual to allow a reverse flow of intake air into the intake manifold. This reduces pumping losses and increases the engine’s thermal efficiency, thus improving fuel efficiency and helping the engine meet Euro6 emissions standards.

The exhaust system features large-diameter front pipes, which minimize back pressure and ensure high power output. Making the merged areas of the pipes larger produces a clearer engine sound, while the design of the main silencer keeps noise down at low engine speed, with a dynamic increase at mid-to-high revs. 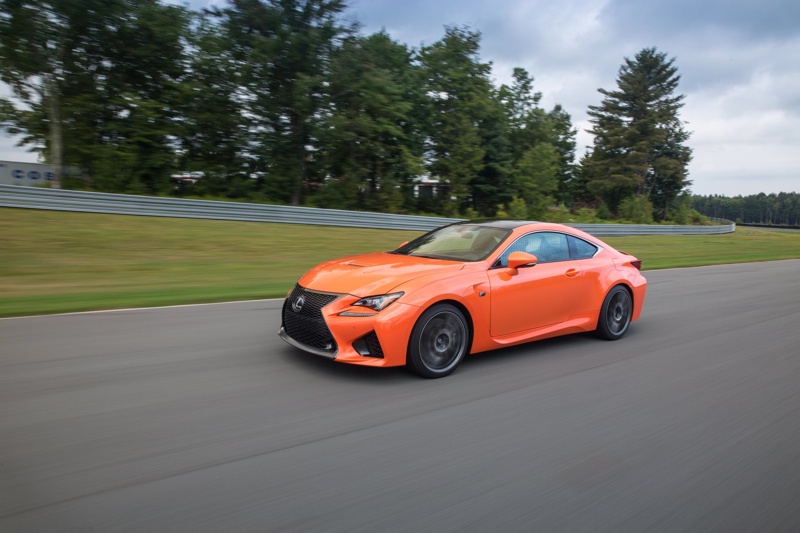 ACTIVE SOUND CONTROL
Creating excitement through sound is one of the cornerstones of Lexus’s F philosophy. To that end, the RC F has an Active Sound Control system which delivers enhanced exhaust, intake and mechanical sounds into the cabin.

The designers’ intention was to approach the kind of aural experience delivered by the LFA, which is renowned for its stirring intake and exhaust notes.

The system uses an ECU to monitor engine speed, throttle position and vehicle speed. It calculates the optimum sound for any given set of driving conditions and creates auxiliary sound to match through a speaker located beneath the instrument panel. This speaker is completely independent from the car’s audio system.

The auxiliary sound pitch changes in a linear progression in response to engine speed and the degree of throttle opening. Up to 3,000rpm, it produces a steady, low and deep tone; as revs increase, this transforms into a higher-pitched note that blends with the engine’s mechanical sounds to create a rising sensation that culminates in a free-soaring sound beyond 6,000 rpm.