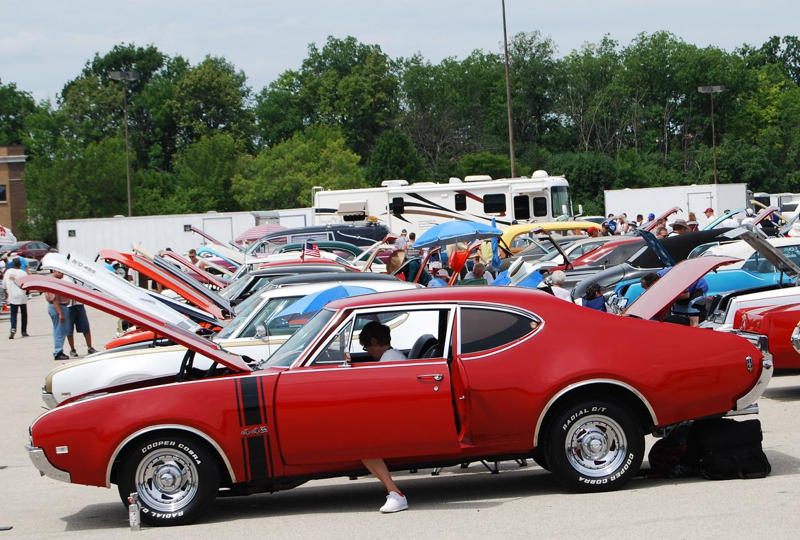 A large hotel parking lot filled with 460 colorful vintage Oldsmobiles, all with their hoods up, was quite an impressive sight. The Milwaukee Sheraton in Brookfield, Wis., was the “bonnet-raising” venue for the 2015 Oldsmobile Club of America (www.oldsmobileclub.org) National Meet held July 21-25. 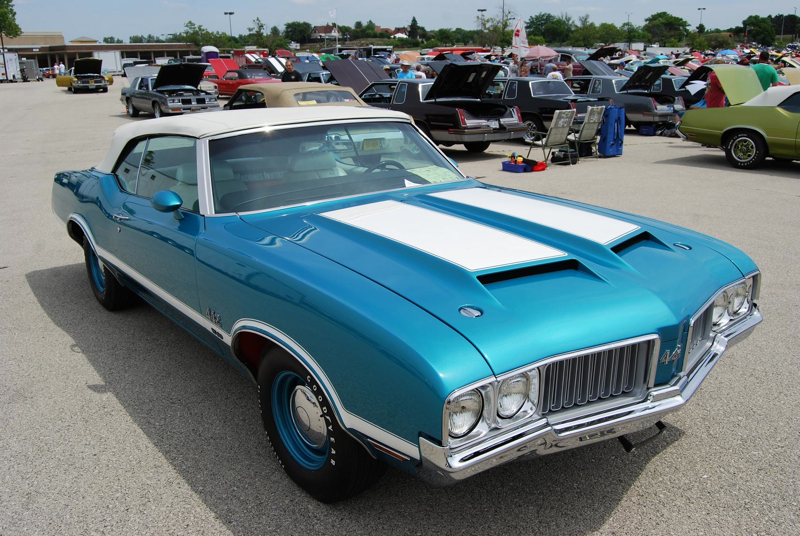 Dominating the showfield—and backing the sales slogan “This Is Not Your Father’s Oldsmobile,”—were muscle models from the first 4-4-2 Olds to the last of the famous Hurst-Olds versions. Our guess is that at least half the cars that showed up were Oldsmobiles from the ‘60s and ‘70s muscle car era.

Many automotive historians say that the 1949 Rocket 88 was the first muscle car (as well as the inspiration for the first rock n’ roll song called “Rocket 88.” There were a handful of these early muscle machines in Milwaukee, but they were buried in row after row of big-engined mid-sized cars.

In addition to row after row of show cars, the Olds convention featured a large swap meet with vendors exclusively selling Oldsmobile parts. A number of cars also had “for sale” signs in their windows. In addition to serving as marketing tools, the asking prices on the signs reflected a rise in the value of collectible Oldsmobiles since the demise of the brand at GM in 2004.

The Wisconsin chapter of the national club organized and hosted the meet and also contributed the oldest car to show up. That was a 1923 Model 43 roadster owned by Lars and Joan Anderson of Oconomowoc, Wis. Parked next to it was a 2001 Olds commemorating the winning of the pole position at the Indianapolis 500 mile race that year.

Current and future collector car hobby trends were also discernible at the meet. One was the increasing number of station wagons being restored today. There was also a large number of late-model Oldsmobiles destined to become next-generation collectibles such as small Cutlass convertibles of the ‘90s and the Aurora. Oldsmobile may be gone from new-car showrooms, but enthusiasts of the brand who belong to OCA are dedicated to keeping its memory alive.