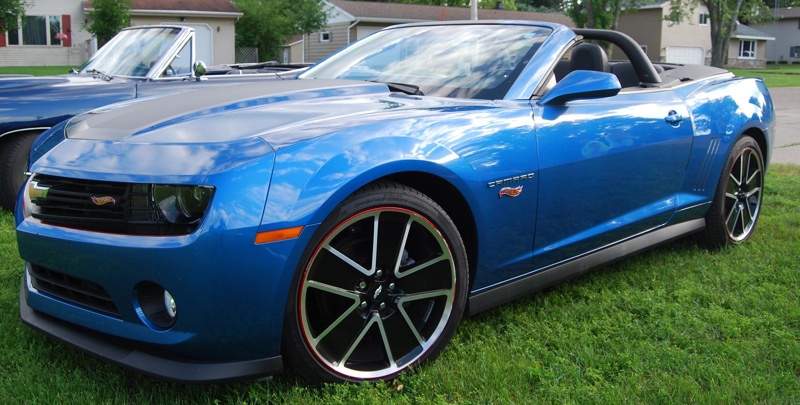 “I saw they had a show car like this at SEMA one year,” said Tom Cieslewize of DePere, Wis. “I think it was in 2012 and they had a full-size Hot Wheels Camaro and a big replica of a Hot Wheels track with the real car on it. I seem to remember that the car itself was green, but otherwise it was like mine.” 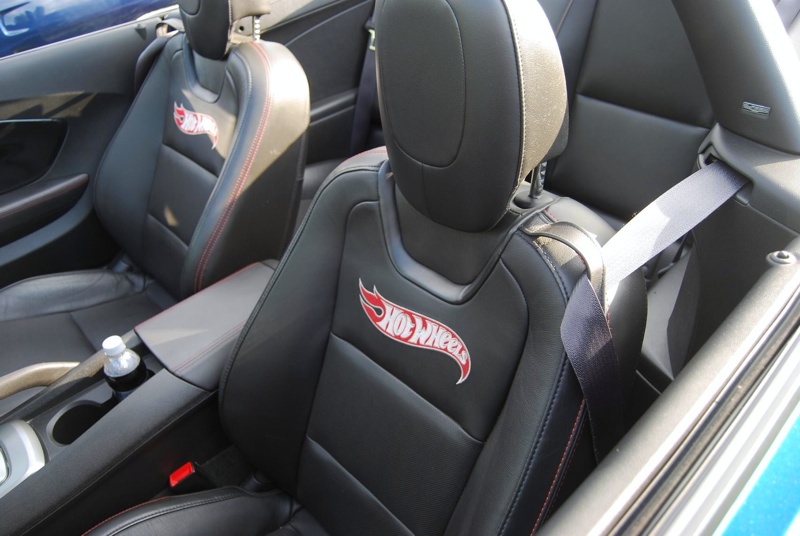 Tom’s 2013 Hot Wheels Edition Camaro convertible is blue. He pointed out that the paint had “kind of a metalflake thing going on” and the flakes actually sparkled in the fading sunlight at the Cruise-In Diner in Manawa, Wis. That’s where a popular cruise night takes place every Tuesday and late-model special-interest cars like Cieslewize’s ragtop seem to turn up there with regularity. 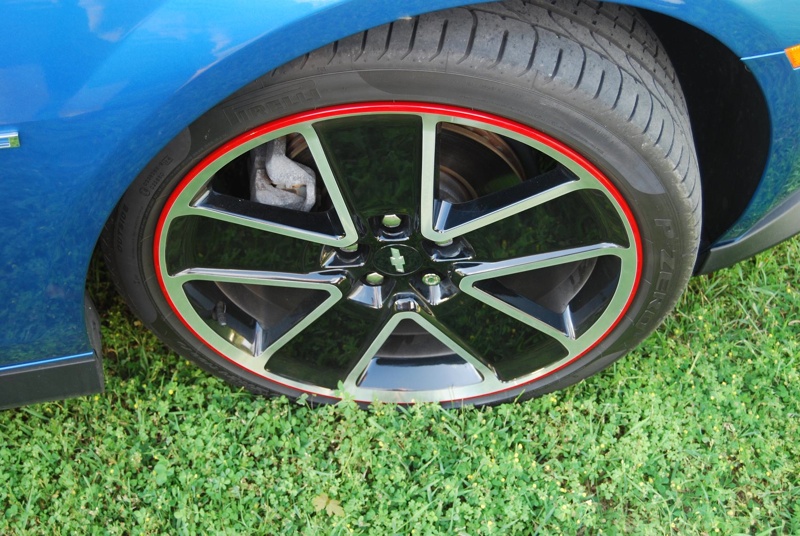 The Hot Wheels Edition Camaro was mainly an appearance package that was offered for only one year. It included the special blue paint, side skirts, a front splitter, a Camaro ZL1 grille, 21-in. Hot Wheels style rims with red pin striping, special badging on the grille and fenders, red pin striping around the grille, red stitching on the seats and steering wheel, Hot Wheels seat logos, a ghost flame treatment on the rear quarters and a Hot Wheels grille sticker. 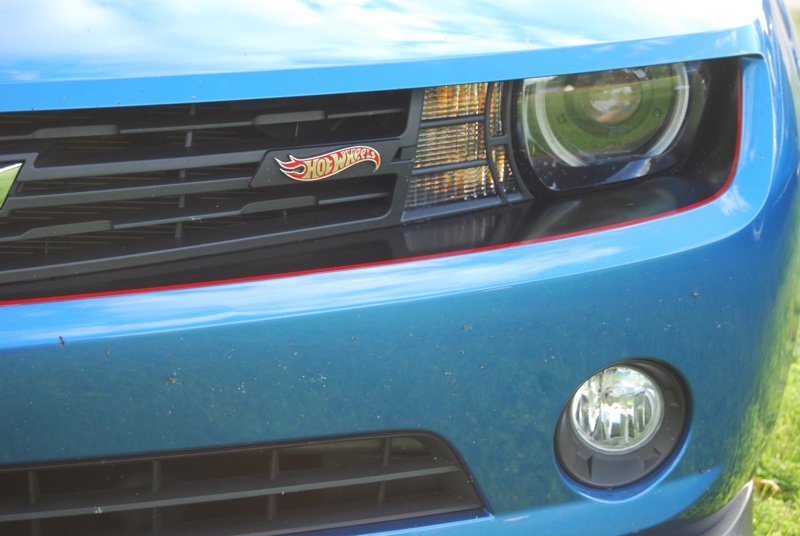 Tom says the package cost $7,000 or $8,000. “It was available in all flavors,” he noted. “By that I mean you could get it on a hardtop coupe or a convertible and with a V6 or a V8 under the hood.” According to Cieslewize, only 1,524 cars got the package. He first saw a coupe version at Broadway Chevrolet in Green Bay, but he wanted a convertible and went looking for one. 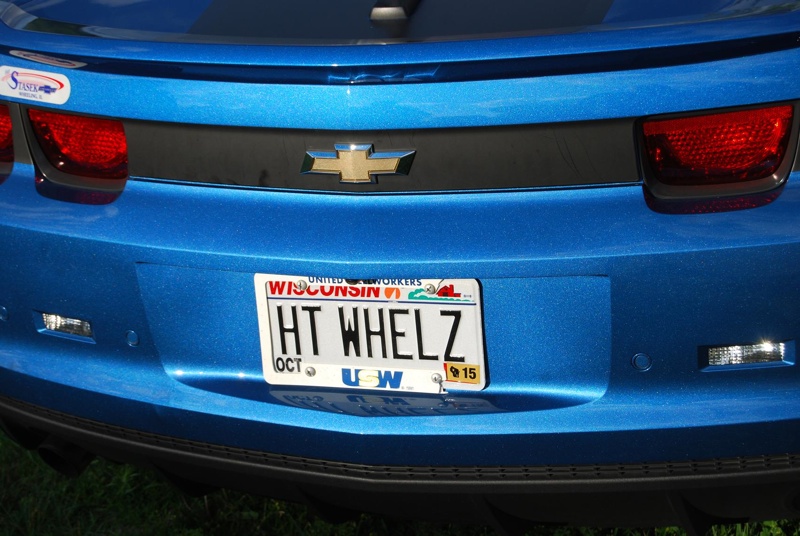 I enjoy visiting car dealers to see what they have that’s interesting,” said Cieslewize. “Broadway had the coupe version and when I saw it, I said’ Oh Man! That’s so neat and I really like it.’ I had a Pontiac Solstice convertible that I also bought new, so it was hard to trade, but Stasek Chevrolet in Wheeling, Ill., had the car I wanted and I made a pretty good deal with the Solstice as a trade-in.”

Hot Wheels—the toy brand—did do some cross-promoting with Chevrolet. Tom says the dealership had the toy version and the salesman said they would give one to him. However, Tom never got one. “I’m not too worried about that aspect,” he told Speedville. “I’ve got the real thing and I really like the car and its uniqueness. Sometimes when I pass a minivan full of kids, I can see them pointing at my car and waving at me because they get the Hot Wheels thing.”