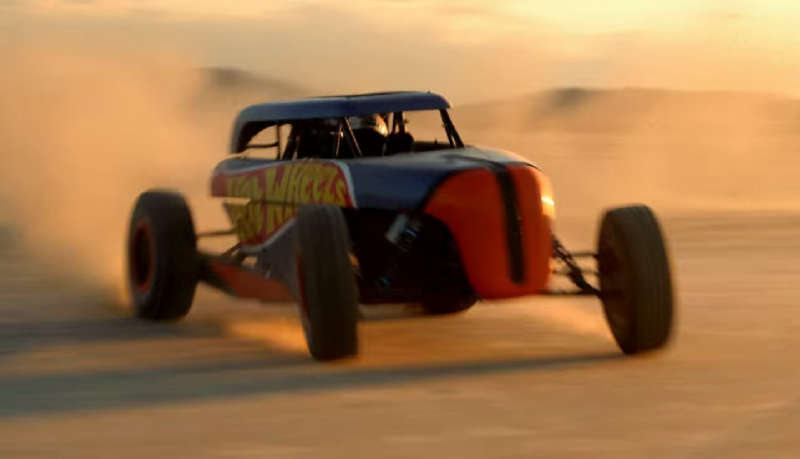 Last year, we saw the Hot Wheels Rip Rod, built by Mattel and Bandito Brothers, featured at SEMA. The car didn’t run and only existed for the purposes of wowing crowds with its looks. However, now that has changed; Ford Racing decided to step in and make the Hot Wheels Rip Rod one bad machine. Except they didn’t go about how you might expect. Instead of putting a fire-breathing V-8 in the car, they went smaller- way smaller.

The Hot Wheels Rip Rod features, according to Ford Racing, “an engine small enough to fit in a suitcase… but powerful enough to accelerate the evolution of racing.” The engine of choice is the 1.0 liter EcoBoost. The particular EcoBoost engine used here is a three cylinder turbocharged engine that has won the Engine of the Year Award three times in a row. Powering variants of the 2014 Ford Fiesta and the 2015 Ford Focus, the engine produces 123 horsepower and 125 ft. lbs. of torque in its stock configuration but has been tuned to outputs much higher. The engine weighs only 200 lbs. and fits just behind the driver’s seat of the tiny Rip Rod with ease.

Ford Racing decided to put their work to the test by speeding the tiny ride around a dried up lake. The Hot Wheels Rip Rod will be on display at this year’s SEMA show, so make sure you don’t miss out come November. [youtube id=”683CwbKwTY4″ width=”800″ height=”450″]