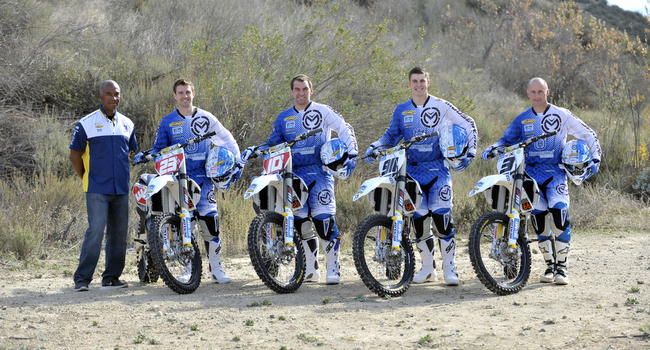 “We have an amazing lineup for this season,” said Husqvarna Race Team Manager Andy Jefferson. “This is a landmark year for Husqvarna and we couldn’t ask for a better team to fly the flag. Mike Brown and Russell Bobbitt are well known and respected champions, and Andrew DeLong and Jacob Argubright are both budding talents in off-road. Between the four of them, Husqvarna is covering five different national championships, as well as other select events around the world. It’s going to be a busy and exciting year for the 2014 Husqvarna Off-Road Race Team.” 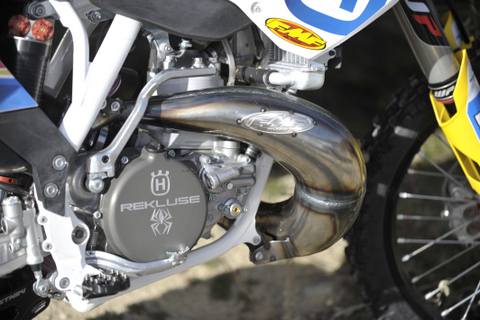 Husqvarna is proud to welcome one of the most venerated racers in off-road to the team, Mike Brown. The former WORCS champion, 125cc AMA Motocross champion and X Games gold medalist will be once again taking on the AMA EnduroCross championship, as well as a host of other select events around the world in 2014.

“It’s a big deal that they want my name to be with Husky,” said Brown. “For sure, I’m excited. EnduroCross is the main focus, but I’ll be racing a bit of everything — as much as I can to get the brand out there. I’m going to do some of the Australian Enduro X Nationals they’re having in January/February and then finish out the FIM Super Enduro Championship in Europe. I’m going to do the first three rounds of the GNCC series, some enduros and a few AMA Motocross races this year. I’ll be staying busy, for sure, but I’d rather race every weekend than sit around. I’m looking forward to it!” 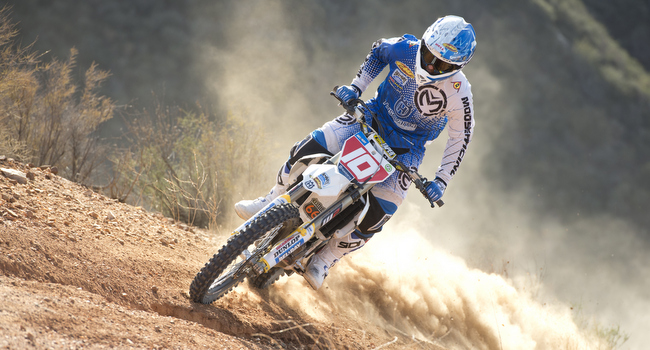 According to Husqvarna, four-time AMA National Enduro Champion Russell Bobbitt is thrilled to join the Husky contingent and be a part of Husqvarna’s rich off-road heritage.

“I’m excited to sign on with Husqvarna especially because it’s such a nostalgic name and company,” said Bobbitt. “My dad was a dealer for Husqvarna 30 years ago and I have a lot of respect for the brand because it carries a lot of history, especially in enduro racing. I grew up looking up to guys like Mike Melton, Dick Burleson and Terry Cunningham; they’re all great guys. The chance to do the same thing as those guys and win a championship for Husqvarna is really awesome.”

Bobbitt will be contesting the AMA National Enduro series as well as defending his title in the OMA Nationals series CC series. Joining Bobbitt in the National Enduros, and stepping up to the premier class of the GNCC series, is Husqvarna’s Andrew DeLong. The promising GNCC star is a returning Husqvarna rider, but is facing big changes in 2014 with a new team, new class and new Husqvarna Motorcycles.

“It’s a big step, but I think I’m ready for it,” said DeLong, who will be stepping up from the 250cc machines of the XC2 class to a 450 in the XC1 division. “I’m 200 pounds — that’s a big dude for a small bike. Hopefully, I’ll be able to transition nicely onto the 450. The bikes look super awesome and I’m excited to get some time on them. I’m definitely excited about this new season and having guys like Russell, Brownie and Jacob on the team.” 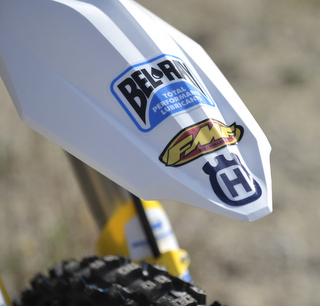 Last but not least, southern California’s Jacob Argubright will be racing a factory Husqvarna in 2014. “I’m stoked,” Argubright said. “Not only is it my first factory ride, but I’m thrilled to be with a great team that has such a good heritage in the desert. Husqvarna has a FC 450, and I’m going to be the first one representing it in the National Hare & Hound series so I’m very happy about that. I will also be doing the AMA Western Hare Scrambles series and a few extreme races, as well.”