Enerpulse Technologies, makers of Pulstar with PlasmaCore spark plugs, is celebrating with driver Giulano Palmeri who drove his IMEGA/Gardi sponsored DeTomaso Pantera to victory at a recent European mountain race. Palmeri’s car, powered by Pulstar with PlasmaCore spark plugs, set a new class record of five minutes 44.64 seconds at an average speed of 71.2 mph. This broke the old record of five minutes 49.12 seconds set in 1992 by an OEM prototype.

The race was held on July 26 at the Cesana Sestriere course in the Olympic mountain range on the border of France and Italy which measures 10.4 kilometers (nearly 6.5 miles) with an elevation change of 2,300 feet. It is a race similar to the Pikes Peak International Hill Climb, the second oldest auto race in the U.S. 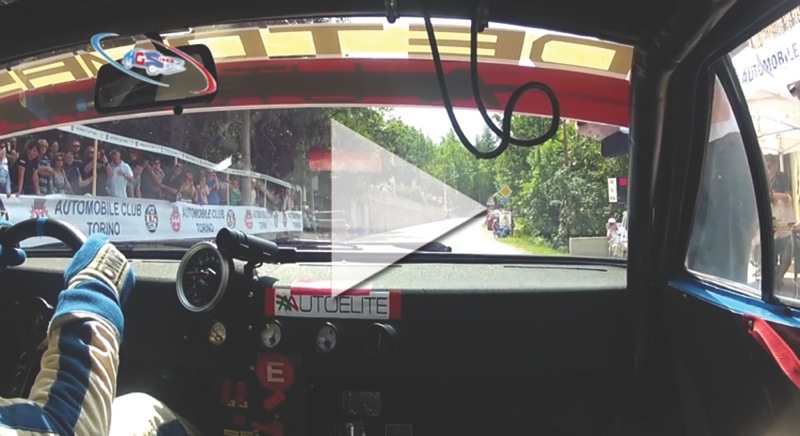 The naturally aspirated engine, designed by Danilo Gardi, CEO of Euroamerican engineering for Autoelite-Maranello Italy, topped out at 624 horsepower at 7500 rpm strictly in compliance with the Federation Internationale de l’Automobile (FIA) regulations.

“It is a common problem in European hill climbing races that high performance engines start to hesitate at medium power, and start misfiring when they reach over 6,000 feet in elevation,” explained Gardi, who also serves as CEO of IMEGA International USA, a subsidiary of Italy-based alternative fuel systems company, Imega SRL. “With the Pulstar spark plugs we were able to run a sea level tune with the 351CI Cleveland GR5 running to 8100 rpm all the way up the mountain with absolutely no loss in power or misfire. This was impossible with conventional plugs. We are impressed.”

According to Louis Camilli, president and CTO of Enerpulse Technologies, “The Pantera engine ran strong the entire length of the course due to high-energy plasma created by the 5,000,000 watt discharge of Pulstar’s internal capacitor. The plasma field pre-conditions the fuel charge at a molecular level to ensure ignition occurs reliably, even in dramatically changing altitudes and at very high engine rpm, as was the case here.”

Another Pantera GR5 engine, utilizing Pulstar with PlasmaCore spark plugs, will participate in the Classic 24 Hours of Daytona to be held November 12-16. The car will be driven by Maurizio and Marco Micangeli.