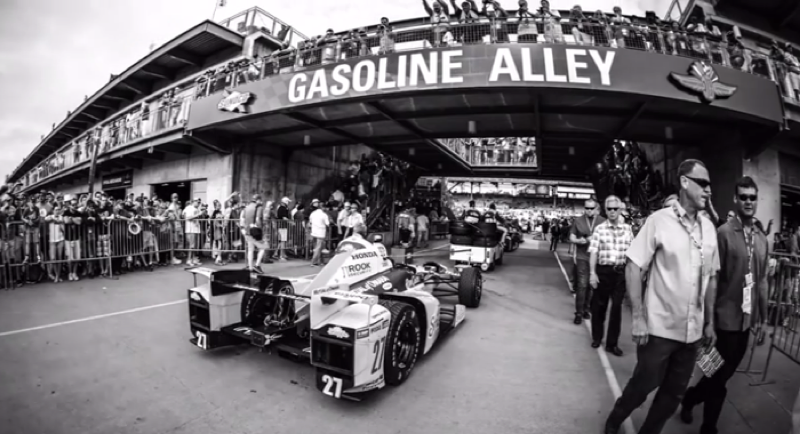 The short film “Indianapolis” will be screened Sept. 26 at the Jalopnik Film Festival in Los Angeles. The stop-motion film created by INDYCAR photographer Shawn Gritzmacher from approximately 3,000 still photos taken over the month of May at Indianapolis Motor Speedway, chronicles the 2015 Indianapolis 500 and highlights how current Verizon IndyCar Series drivers carry on the traditions and greater history of the “500.”

“The inspiration for the short film was a similar piece created around the 24 Hours of Le Mans by motorsports photographer Camden Thrasher — I wanted to take what he did and apply it to the Indianapolis 500,” said Gritzmacher, a part-time Verizon IndyCar Series  photographer and a full-time visual arts teacher at White Bear Lake Area High School in Minnesota. “I wanted to exhibit the spirit of the track as much as that of the drivers. It’s not just about the Pagoda. It’s not just about the Yard of Bricks. I wanted to show the rusty chain link fence and the other characteristics that I find and see that makes it special to me.”

Films for the third-year Jalopnik event were screened and selected by Jeff Zwart, Spike Feresten, Los Angeles Angels pitcher C.J. Wilson and comedian/producer Adam Carolla, whose documentary titled “Winning: The Racing Life of Paul Newman” will also be featured at the festival.