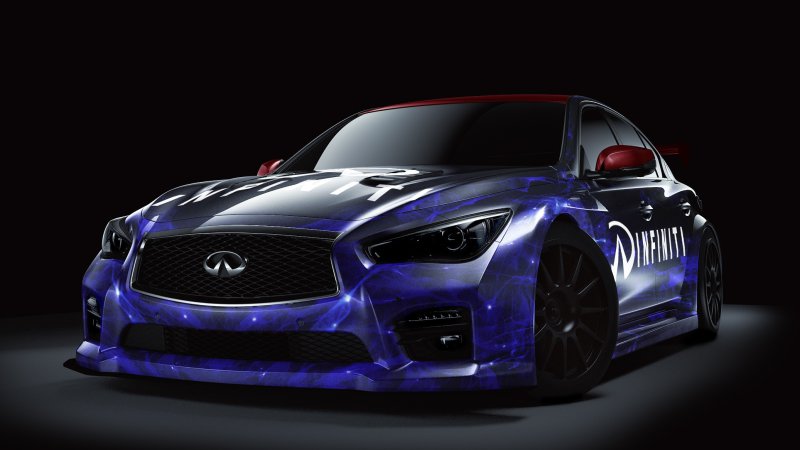 Infiniti announced a year ago that its Q50 sports car would race in the British Touring Car Championship. Shown here in final racing form, the car conforms to the BTCC’s Next Generation Touring Car regulations. In contrast to other series, like NASCAR, it places an emphasis on keeping technology and chassis closer to production analogs.

All of the aforementioned BTTC guidelines mandate that the car employ a 2.0 liter turbocharged in-line four cylinder engine, a six-speed sequential gear-box, an AP racing clutch, throttle by wire, and either front or rear wheel drive. Infiniti has ostensibly chosen rear wheel drive, and its racer will deliver close to 300 horsepower, converging upon the series’ power limit.

Two teams will race the car this year, with one of them being a charity team supporting the British military. Infiniti design director Simon Cox, opined on the distinctive nature and styling of the race-ready Q50,

“The new Q50 race car livery was developed to contrast against the traditional branding schemes normally associated with the BTCC grid. However, it still retains a high level of visibility, reflecting both the dynamic qualities of the Infiniti Brand along with the performance and striking contours of the Q50 road car. The look is intended to illustrate the provocative nature of the Infiniti brand, combining dynamic light pulses which form on contact with cars sculptural surfaces.”