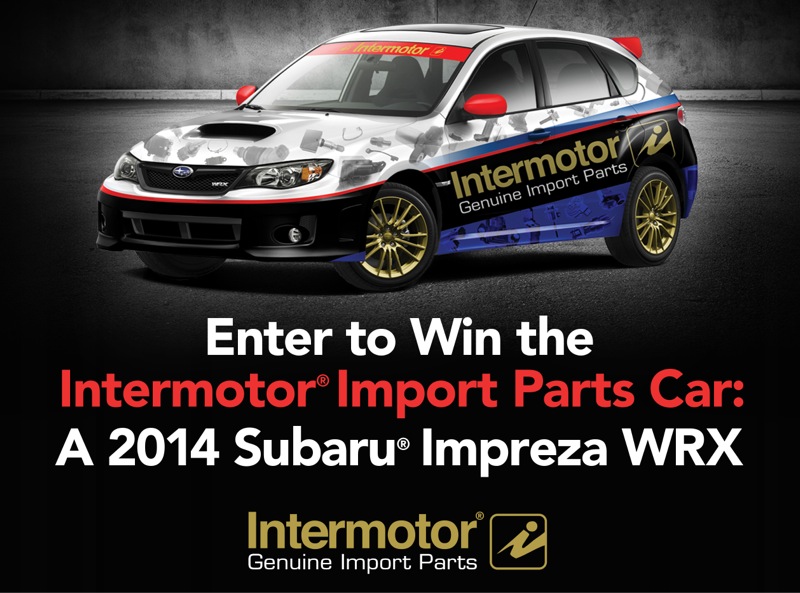 “Intermotor is recognized as the import leader in coverage and quality, with a commitment to delivering exact match fit, form and function. To drive Intermotor awareness and to reward our many Intermotor supporters, we’re excited to give one lucky grand prize winner the opportunity to drive away in the Intermotor Parts Car, a 2014 Subaru Impreza WRX,” said Phil Hutchens, vice president Engine Management Marketing, SMP.

Intermotor is a complete engine management import line that includes ignition and electrical, relays, switches and sensors with a concentration on high technology categories such as computerized engine controls, fuel injection, and emission controls with coverage for every part number with an import nameplate.